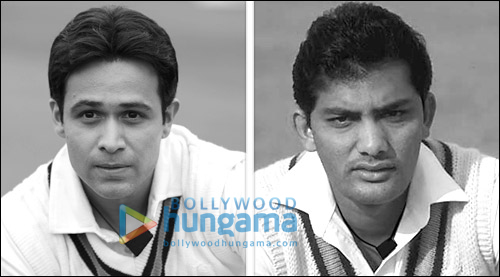 The Emraan Hashmi starrer that is based on the ex-Indian cricket team captain Mohammed Azharuddin has been in the news for quite some time. Though quite a few images from the

film were released earlier, not much was known about Hashmi's look in the film. However, deciding to surprise the cricketer on his birthday, Hashmi released his look from the film as Azhar.

has done and for all that he got to learn from one of India's most loved cricket captains who also ended up becoming the country's most controversial sportsman.


Azhar, which is based on the life and times of Azharuddin, chronicles his tremendous highs and his tumultuous lows and is already one of the most eagerly awaited films of 2016. Produced by