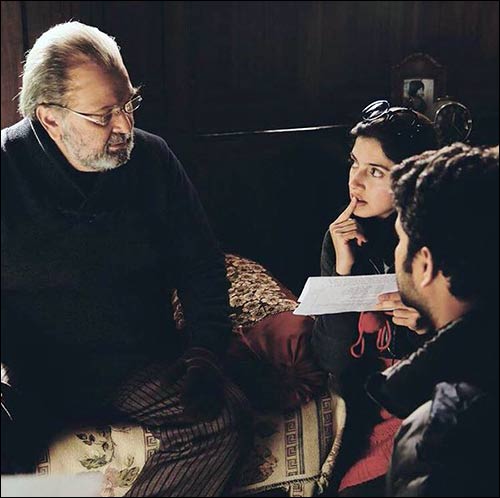 Readers may recall that we had reported about the 'metamorphosis' that the veteran actor Rishi Kapoor has undergone in order to look like an elderly person in the upcoming film Sanam Re, which releases this week.

The film's director Divya Khosla Kumar tweeted about her on the sets interaction with Rishi Kapoor as she is explaining him a scene. In her tweet 9whihc was accompanied with an image), she stated, "#Throwback to being on sets directing the legendary @chintskap #BehindTheScenes #Director @SanamRe #3DAYSTOGO".

Besides Rishi Kapoor, Sanam Re stars Pulkit Samrat, Yami Gautam, and Urvashi Rautela in the lead roles and is scheduled for a worldwide release on 12 February 2016.