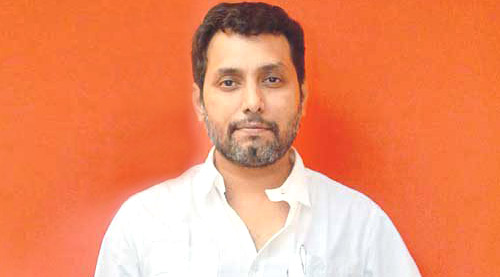 The verdict is out. Baby has emerged as one of the finest thrillers to have come out of Bollywood and when it comes to quality entertainers, director Neeraj Pandey has scored a hat-trick after A Wednesday and Special 26. Over to the man, who - despite all the accolades coming in - still refuses to bask in all the glory and silently continues to smile through the state of affairs around him.

Though it had seemed that Baby would be all about Akshay Kumar and his team hunting down a terror mastermind, it has taken a few steps ahead of just being a captivating action-thriller-drama in motion.
I wanted to explore the geo-politics about our region, which is certainly not as simple as it sounds. Baby is a story that meanders through different situations, there is quite a bit of stuff which is in context to what is going around in our part of the world. The action in there drives that particular narrative.

Since the film deals with a sensitive theme of terrorism, how did you go through research of the subject in question?
Because we are talking about real world and real situations rooted in reality, research is something that goes as an absolute necessity; that's the demand of the subject. If you have to tell an effective narrative then you need to be well read on that. That is something part and parcel of the story telling. There was tons of reading involved in terms of books, articles on newspapers and internet, as well as videos. There was a lot that went in before written word on Baby was finalized.

In the film you have returned with Anupam Kher. From Special 26 to Baby, it seems he is indeed a team, right?
Woh dhamkaate rehte hain ki agar maine unke saath movie nahi kara toh woh kya karenge (smiles). I dread the day when I don't have anything for him. Thankfully there is always something for a film of mine where I have approached him and he is excited by what is offered to him.

I am particularly glad to see Danny Denzongpa returning in a meaty avtar.
As you can now see, he has a very important role in the film. I must say that it was a pleasure working with him on this project. He is still so hungry for good work; his attention to detail is amazing. He is always on the ball all the time.

Meanwhile, with Kay Kay Menon coming into picture, there is further credibility added to the plot. I believe this is the first time he is working with you, right?
As a matter of fact I had worked with Kay Kay on a television project when I made a feature length film for Zee. We were looking at the right opportunity to come back and thankfully Baby presented that opportunity. I have always considered Baby to be an ensemble film and it doesn't matter what is the duration of stay for a character. Kay Kay fits in really well there.

The film has released on a weekend leading to the Republic Day. Guess the patriotic flavor of the film is auguring well with the release timing, right?
This is something that was decided way back in terms of release date. That was a year back and we worked backwards towards that. So yes, we were conscious of the release timing.

Also, commercially speaking too, Baby is looking at much bigger numbers at the box office, though I am sure going by your nature, you won't be making any declarations around the business aspects of the affair, right?
(Smiles) More than me it is the producers and their imperative on taking call towards the numbers; it is not my job. I don't take that kind of stress for me as these are the people who are doing it anyways pretty well.

Meanwhile, you had also written a novel Ghalib Danger. When do you plan to put it all together for a film?
Yes, Ghalib Danger would happen as well. However, as of now there is nothing concrete on the timelines. I need to get Baby out of my system first.