The audiences are clearly in a decisive mood, as mentioned in our last assessment: for crisp and meaningful manoranjan. Nothing less will suffice. The November 2018 to February 2019 phase has proved that a setting has been done in the pan-Indian audience’s psyche— that they can no longer be distracted by now-inconsequential details like star-power, budgets, scale and other such factors that may have been relevant in the past. 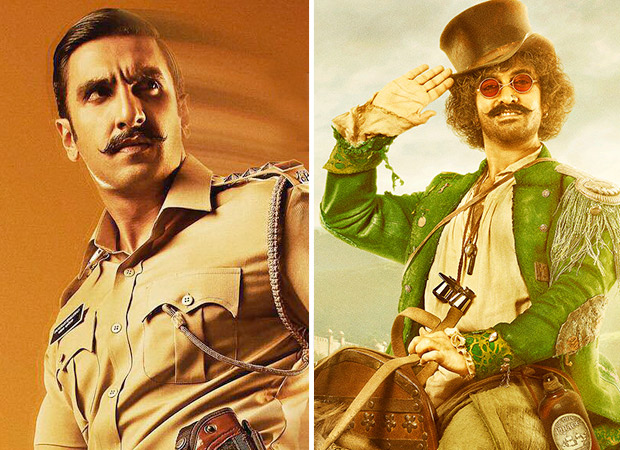 After all, the August to October 2018 phase of Hindi cinema had clearly demonstrated that the appetite for quality had been whetted. The yardsticks have gone up, as Ranveer Singh had pointed out, during the Simmba media interactions, with military precision. The actor, who is finally and indubitably the latest superstar in the market thanks primarily to his movies during this phase, had said: “A viewer has to get his family, bind them together, put them all in a car, drive through traffic, enter the basement parking of a multiplex, move up to the fourth floor, which means eight escalators, and then stand in long lines for popcorn and Pepsi. So he is already irritated, and by the time he watches that Smoking Kills short, he is brain fried! At the end of all that, if the film too is not good, he is going to be put off!”

Let us examine, then, the two films that placed Ranveer Singh in that elite list— Simmba itself and Gully Boy. No two successive films of any star could be as different. Their purpose, their construction, their directors’ and writers’ approaches and their target audiences were all—seemingly—polar opposites.

But what put these movies on common viewer ground was solid content amidst the entertainment. There was comedy, song-and-dance and action in the first, and the struggles of the have-nots and the rap music that was about the dreams for a better life in the second. And so, what came in to bind the two into a common thread were their solid an identifiable human emotions and drama—and a Ranveer Singh. The actor put in his two hundred percent in both films—as a Marathi cop who turns from corrupt to ideal and a Muslim lad from Mumbai’s Dharavi slums who discovers his unique talent and dares to dream big.

Mood of the nation

Taken clinically, URI: The Surgical Strikes, the highest grosser in this phase and the film that simply seems to go on and on in the theatres, is by no means a cinematic masterpiece. What made the all-too-critical difference for this above-average film directed by newbie Aditya Dhar was the public mood. The people of India have had enough of a treacherous neighboring country, and wholeheartedly endorsed the retribution meted out and this reenactment of what had happened in Uri. They were enthralled and motivated beyond measure by how the counterattack mission was mounted with deadly precision. 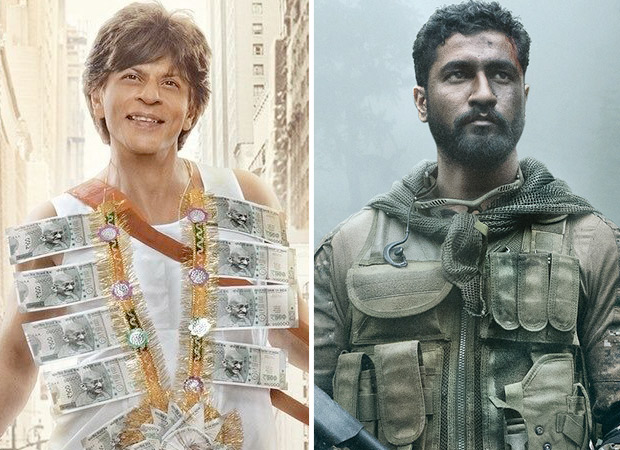 And so, it did not matter that URI… had no A-list stars, no romantic angle, and not even a rousing patriotic number: it was the sentiment that resonated, and just one line, “How’s the josh?” became the anthem of the season, so to speak. And when Pulwama happened, as did the counter-strikes by India again, it was as if the public’s mood of revenge and extreme punishment was gratified once again on screen. Virtually, and vicariously, the success of URI… was the only silver lining in the whole Pulwana tragedy, and its ongoing success is, perhaps, directly connected with it.

A media-created controversy that so many films of a political hue were released simultaneously just to pump up prospects for the coming elections died a quick death when the remaining films that were not up to the mark—The Accidental Prime Minister. Why Cheat India and the Hindi version of Thackeray did not make a mark. Clearly a blend of good scripts and identification mattered. Yes, Thackeray was well-directed and structured, but the pan-India identification with the protagonist was absent. And that has always been fatal for any story.

But our ‘auds’ also evened things out very well. They conclusively demonstrated that their basic appetite in cinema was for variety, and a full-on stress-buster comedy with the advantage of big stars, a franchise, and madcap humour—Total Dhamaal—was endorsed big-time. After all, classic family entertainment is always needed, and is now in short supply. Total Dhamaal angered the intellectuals, who could not digest its well-deserved success, but a broad-spectrum audience loved it, and though Gully Boy had got a lead of eight days, Total Dhamaal has almost caught up with the former movie’s collections.

Kedarnath, in effect a mélange of cross-religious romance and communal harmony, somehow just broke even when you included extra-theatrical revenues. Manikarnika: The Queen Of Jhansi did not even reach there, despite all the hype and the success celebrations. And finally, kitsch like the delayed Rangeela Raja and Bhaiaji Superhit did not even count.

But an angry audience, fuming at being taken for granted, focused their ire on the really atrocious films that attempted to take refuge behind their scale and the reputations of their makers—Yash Raj Films’ Diwali release Thugs Of Hindostan and Aanand L. Rai’s Zero. And then came a third atrocity cloaked as a social drama—Ek Ladki Ko Dekha Toh Aisa Laga, with a gimmicky casting of Anil Kapoor and Sonam Kapoor as father and daughter and a ‘gay’ theme.

The cinema-going public just had one succinct answer to these films that was an echo of one of this year’s film titles—Why Cheat India?