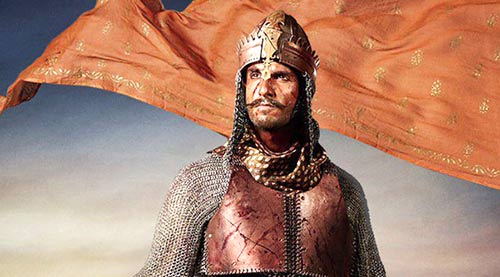 Think of action in historical flicks and the first film that comes to mind is K. Asif's Mughal-e-

Azam [1960]. The classic pretty much redefined how action was perceived in an Indian film. Almost half a century later, the

battlefield action went through a metamorphosis all over again with Ashutosh Gowariker's Jodhaa Akbar [2008]. What one

Now that the theatrical promo of Bajirao Mastani is set to be unveiled this evening, one is led to believe that Sanjay

Leela Bhansali has an ace up his sleeves when it comes to the wide canvas action.

"When a dream is over a decade in the making, it has to be special," informs our source, "It was way back in 2003 when the film

was first announced. Bhansali carried a certain vision back then on how to capture the many war sequences for the film.

However, 10 years passed by when things actually started falling in place for the film. Once the star cast was locked and it

was confirmed that Ranveer Singh, Deepika Padukone and Priyanka Chopra were on board for the historical set in the early 1700s,

it was time to bring that vision from paper to screen."

The requirement was clear, precise and simple - Bajirao Mastani had to boast of the biggest action ever conceived in a

Hindi film that had its base on the battlefield.

"While Jodhaa Akbar had set the benchmark, there were other films that were bound to be remembered too," the source

Khan flicks couldn't be ignored either. Albeit in different proportions, action was still a critical component in these flicks,

the biggest of them all being Veer."

However, none of that really deterred action director Sham Kaushal, who had earlier collaborated with Bhansali on Ram

Leela as well, to film some exceptional battlefield sequences for Bajirao Mastani.

"Kaushalji is a veteran of over 100 films in last 30 odd years. He knows what it takes to design action that is designed as big

screen extravaganza," an associate adds, "He can flip between something as cool an unbelievable as Dhoom 3 to a rustic

Gunday. It was a new challenge altogether for him to give Bajirao Mastani the biggest action ever. He was

shooting for it right till end of last month. As a matter of fact, he was ecstatic when he saw the results on screen. It is

easily the biggest ever work of his."

While one wonders if the final results would end up challenging this year's mega action release Bahubali as well, as far

as a Hindi film is concerned, Bajirao Mastani is set to be the biggest ever.