Ranveer Singh has an array of projects in the pipeline. After playing the menacing Alauddin Khilji in Padmaavat this year, he is set to essay a quirky cop character in Simmba. The film, which will be helmed by Rohit Shetty, will be their first film collaboration. They had earlier done an advertisement together for Ching’s brand. As this will be the first time Ranveer will be seen with newbie Sara Ali Khan, he recently spoke about what she is like. 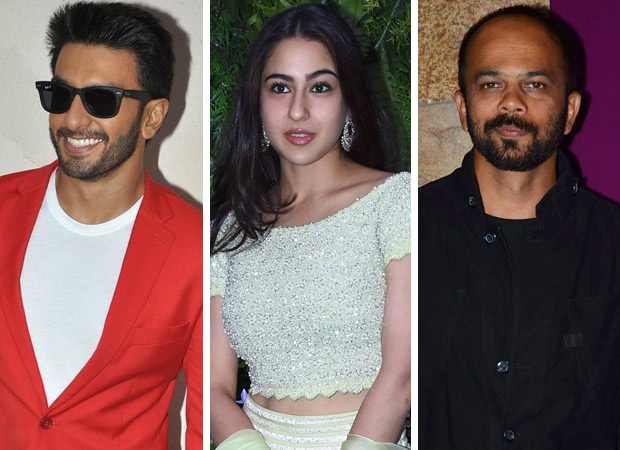 Speaking to Elle India magazine, Ranveer Singh opened up about how Sara Ali Khan is very excited to venture into movies. He hopes they will make a great team in Simmba. "I have interacted with Sara a couple of times. What really struck me about her is her personality. She is very intelligent. She is full of talking and she's got a ton of energy and a great deal of passion. She is very excited about getting into movies. She seems very dedicated and committed. I think we are going to be a great team," he said.

Ranveer Singh began his prep for the film on May 3. He will likely begin shooting in the month of June. Sharing his excitement on May 2 at an event, Ranveer said, “Simmba is my first collaboration with Rohit Shetty which I know people are really excited about and me more than anyone to be diving into the masala genre with the king of the genre. It is an incredible opportunity that I am extremely excited to be commencing… shooting in about a month’s time. I will start prep for that film from tomorrow.”

Ranveer further revealed that Rohit Shetty wants him to transform his body and become a little muscular for the role of police officer. “He is very keen that I have big muscles in the film. He has told me — Jab tu wardi pehenega na to wardi phatni chahiye,” he said.

Directed by Rohit Shetty, Simmba will star Sara Ali Khan opposite Ranveer Singh. It will release on December 28, 2018.

What are @ranveersingh’s thoughts about his co-star #SaraAliKhan in #RohitShetty’s upcoming film, Simmba? Find out here. . #Bollywood #RanveerSingh @carrera