Last Updated 04.07.2020 | 5:40 PM IST
feedback language
follow us on
Home » News » Bollywood Features News » Bollywood News National Awards: Boney Kapoor does NOT support filmmakers on the controversy, asks what the FUSS is about?

Sridevi won the National Award for best actress posthumously and it was a heartbreakingly beautiful moment for Boney Kapoor, daughters Khushi and Janhvi Kapoor who were present to accept the award on the late actress’s behalf in the capital. Both daughters looked resplendent as they carried themselves with grace in an emotionally charged up atmosphere like this. While Boney was thankful to the ministry for honouring his wife and her legendary body of work at the prestigious do, he also criticised the filmmakers’ protest against the government. So, the I&B ‘s decision of personally giving away only 11 awards by the President of India was not taken well by the rest of the awardees. They therefore decided to boycott the event as they felt this act was insulting. 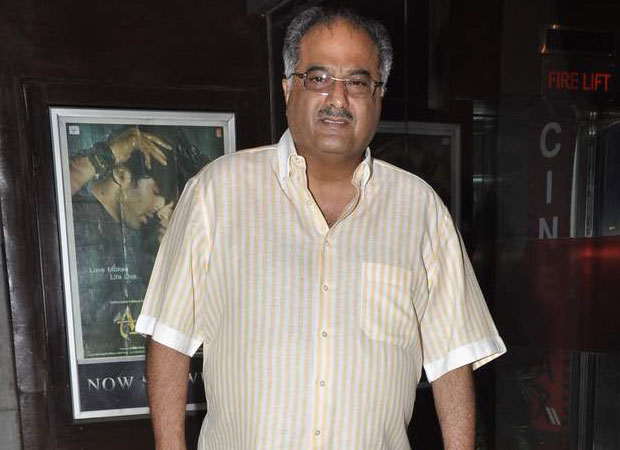 Boney Kapoor reacted on this controversy and told media, “I would have been equally happy if the Minister (I&B) had given me the award. It is ultimately the recognition of your work. I don't understand what the fuss is about.” He refused to empathise with the other awardees, on the other hand he has some really kind words for his wife and the committee for giving away the award to her, albeit posthumously. He said, “Am extremely happy & proud. This is what she's got after working for 50 years in the industry; she would've cherished this award all her life. This's the highest honour. We miss her & today we miss her even more.”

To those who don’t know, Janhvi wore her mother’s favourite Kanjeevaram to the ceremony and looked like her splitting image. She has made it clear time and again that she would now fully concentrate on her career and make sure that she does her mom proud.

I'm extremely happy & proud. This is what she's got after working for 50 years in the industry, she would've cherished this award all her life. This's the highest honour. We miss her & today we miss her even more: Boney Kapoor on receiving #NationalFilmAwards conferred on Sridevi pic.twitter.com/QH7lLKSEAY

Also Read: Janhvi Kapoor looks exactly like Sridevi in her saree, here’s when the late actress wore this ensemble last

Gunjan Saxena is all praises for Janhvi…