Yash Raj Films’ Jayeshbhai Jordaar starring Ranveer Singh presented a new brand of hero and heroism that was rare in Indian cinema. Ranveer, who is dubbed as the best actor of the country today given his chameleon-esque ability to shape-shift on screen with every film, again transformed himself into a character hailing from heartland Gujarat, who with his razor-sharp wit, delivered powerful messages about patriarchy and women empowerment in this social satire. Post pandemic, like all content films, Jayeshbhai Jordaar struggled at the box office because people were keen to watch big screen spectacles. However, the film and Ranveer’s brilliant performance is getting a lot of love from people even since it started streaming on a global OTT platform! 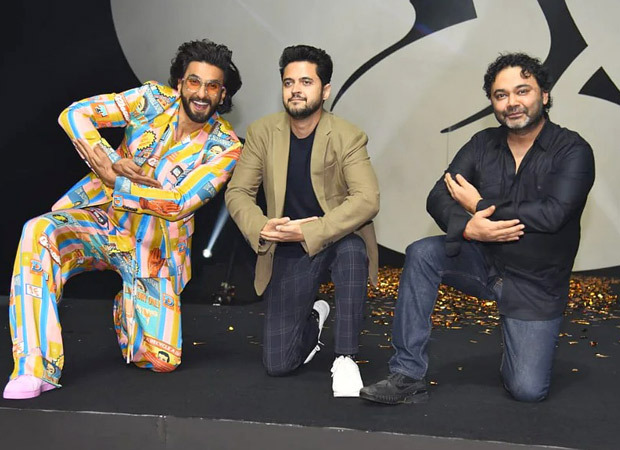 Director Divyang Thakkar is happy with the appreciation and response that he is getting from audiences across the world. He explains, “I’m happy that Jayeshbhai Jordaar has found its audience through OTT. The pandemic has expedited the paradigm shift in content viewing patterns. The film’s fate shouldn’t be judged by its box office as the audience these days is interested in going to theatres, only for the larger than life experiences. When we decided to make Jayeshbhai Jordaar, content films were ruling the roost in the cinemas.”

He adds, “Ever since its OTT debut, my social media has been flooding with messages from all over the world, surprising me to the exponential reach of the streaming medium. It’s humbling to read posts, see videos and reels made by the audience about the various themes such as toxic masculinity, domestic violence, the empathetic non-judgmental gaze of looking at the victims as well as perpetrators of patriarchy as addressed in the film.”

Divyang further states, “One particular viewer analysed the various love languages used in the film whereas another one perceived the entire film through a Gandhian lens of a child’s gaze (that of Jayesh’s 9-year-old daughter Siddhi). A tweet from another viewer that has stayed with me goes like “In a world full of superheroes just be a 'Jayesh Bhai' for your wife. That's it. That's the tweet.”

Divyang is happy that the film is finally making the desired impact on people which was always the aim when Jayeshbhai Jordaar was greenlit to be filmed. He says, “At this point in the film’s journey, I truly feel that the audiences have made the film their own by associating a piece of them with it. I’m also delighted that along with entertaining, it’s planting seeds, sprouting conversations, and pushing towards a paradigm shift in our society that will be favourable to all. Yes, I am radically optimistic. No action is big or small because it will always be greater than inaction.”

He adds, “Our crew and cast have put a lot of love into every little detail of the film while the audiences have rewarded us with their own interpretations of the same. I hope Jayeshbhai Jordaar continues to be loved across the world. Thank you again, for making it your own.”

Also Read: Jayeshbhai Jordaar and other latest releases to stream on OTT this week