Being one of the most iconic films for an entire generation, Devdas was a film that was appreciated not just in India but also across the world. Shah Rukh Khan, Aishwarya Rai Bachchan, and Madhuri Dixit Nene played immortalized the roles of Devdas, Paro, and Chandramukhi. The love story, directed by Sanjay Leela Bhansali, has completed 20 years of its release and on this occasion, the production house, Bhansali Productions shared some unseen and exclusive character posters from the film. 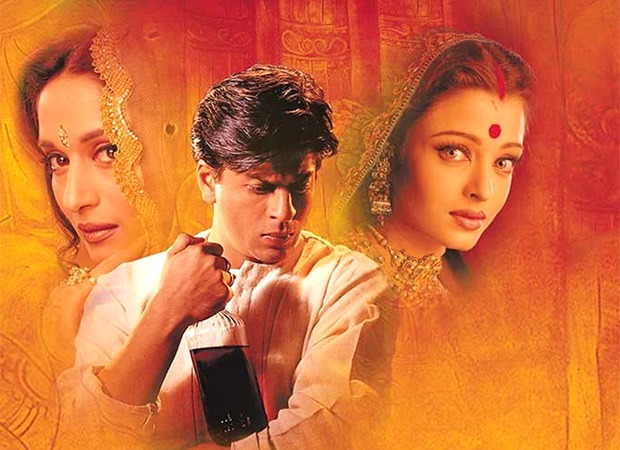 Bhansali Productions celebrated 20 years of releasing the film by sharing posters of Shah Rukh Khan as Devdas, Aishwarya Rai Bachchan as Paro and Madhuri Dixit Nene as Chandramukhi on their Instagram handle. Sharing a lovely caption to the photos, it read, “Devdas is mystical. Devdas is melancholic yet poetic. Devdas is a character and a film so special that it sparks love, longing & romance within us even today... ? Devdas, 20 years later still stands for all this and a lot more! Here’s celebrating #20YearsOfDevdas #SanjayLeelaBhansali @iamsrk @aishwaryaraibachchan_arb @madhuridixitnene @shreyaghoshal” Here have a look at the post:

Known for its epic sets, melodious music, the film also went on to rule the chartbusters with some iconic songs like ‘Maar Daala’ , ‘Dola Re Dola’ and ‘Silsila Yeh Chahat Ka’. The film also featured Jackie Shroff in a pivotal role along with Kirron Kher, Milind Gunaji, Smita Jaykar, among others. The film is based on the novel by the same name written by Sarat Chandra Chattopadhyay and is the third version that is made in Bollywood after the K.L. Saigal starrer 1936 film as well as the Dilip Kumar starrer 1955 film.

Also Read: 20 Years Of Devdas: Sanjay Leela Bhansali claims it wasn’t easy to make; says, “ Made it against all odds, I suffered a lot.”