The OTT platforms such as Hotstar, Netflix, Amazon Prime and Zee5 have made their way into the lives of countless people. These OTT platforms are a boon for those who cannot make it to the theaters or the ones who prefer spending their weekends binge-watching shows and movies. 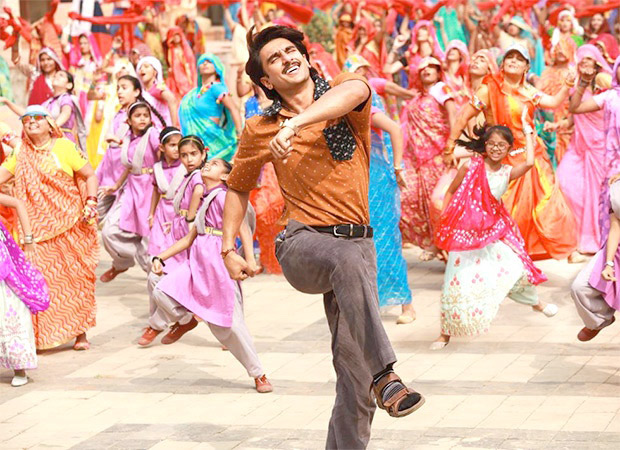 Here’s a list of blockbusters to stream on OTT this week:

1. Jayeshbhai Jordar
The film is available to stream on Amazon Prime Video. Jayeshbhai Jordar, starring Ranveer Singh, Shalini Pandey, Boman Irani and Ratna Pathak Shah is a film which fights against the patriarchal society. The film spins around the story of Jayeshbhai, son of a Gujarati village Sarpanch who puts his life and soul into saving his unborn girl child. Jayeshbhai Jordar promotes the social message of putting an end to female infanticide.


2. Don
The new South-Indian blockbuster Don can be streamed on Netflix. This action-comedy directed by Cibi Chakaravarthi stars Sivakarthikeyan, Priyanka Arul Mohan in the lead roles. The story of the film revolves around Chakaravarthi, played by Sivakarthikeyan who spares no effort to reach the college that he studied in. He is seen narrating the tales of his college life and he reminisces his rivalry with a college professor called Bhoominathan. As the film moves forward, the reason for his desperation as well has details of his life at his college unfolds.


3. Heropanti 2
The film is available to stream on Amazon Prime Video. The sequel of Heropanti, stars Tiger Shroff, Tara Sutaria and Nawazuddin Siddiqui in prominent roles. Heropanti 2, directed by Ahmed Khan is about a vigilante who is ordered by the government to pursue a mission to kill their adversaries. The action-romance drama produced under the banner of Nadiadwala Grandson Entertainment proved to be one of the biggest blockbusters on the big screen.


4. KGF: Chapter 2
The biggest grosser of the year is available on Amazon Prime Video. The film broke all the records at the box office with its strong and engrossing screenplay and act. KGF Chapter 2, revolves around the story of the Kolar Gold Fields which now has a new overlord. The new overlord chosen by the people presents a great threat to the government. The film was released in multiple languages such as Telugu, Hindi, Kannada and Tamil.

5. Jersey
Starring Shahid Kapoor and Mrunal Thakur, Jersey is now available to stream on Netflix. The film depicts an emotional journey of an ex-cricketer who is failing at life but decides to take up cricket again to fulfill his son’s wish for a jersey. The film is a remake of 2019 Telugu film and leaves the audiences sobbing with its heart touching storyline.


6. Runway 34
The film can be streamed on Amazon Prime Video. Runway 34 stars Ajay Devgn, Rakul Preet Singh, Amitabh Bachchan, and Boman Irani. The film is inspired by true events. The film is about the story of Captain Vikrant Khanna played by Ajay Devgn, a pilot. His flight takes an unforeseen course after takeoff from an international destination. The film is based on the real-life incident of the Jet Airways Doha to Kochi flight 9W 555, a Boeing 737-800 aircraft which had a tight escape on 18 August 2015.


If you missed watching these blockbusters in the theaters, these are what you can watch on OTT platforms this week. You can now enjoy the biggest blockbusters of the year at your home, with a bag full of popcorn.

Also Read: Jayeshbhai Jordaar debacle - Why are Bollywood films not working? Trade experts share their views; say, “If you make films for the Bandra to Versova audience, you’ll face rejection”