Ranveer Singh garnered immense appreciation and love from all quarters for his brilliant performance as Sultan Alauddin Khilji in Padmaavat. The Sanjay Leela Bhansali directed film, which was embroiled in controversies, released worldwide on January 25. The actor was hailed by audience and the critics for his menacing role.

Now, Ranveer Singh received his first reward in form of Entertainer of the Year at the Hello! Hall of Fame Awards 2018, last night. The actor dedicated his award to late actress Sridevi. Upon receiving the award, Ranveer even showed off his beat boxing skills to the audience. 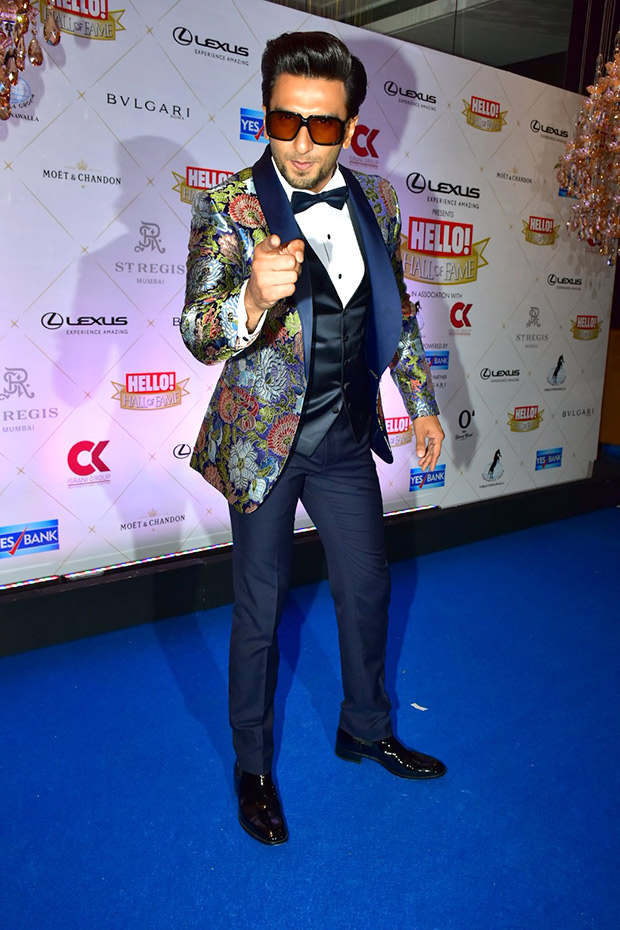 For the uninitiated, Ranveer Singh has been training under several rappers for Gully Boy. The actor has undergone proper street style training on rapping and beat boxing for his role as a street rapper. So, on Sunday night, it clearly was nailing his beat boxing.

Meanwhile, Ranveer Singh is busy shooting Zoya Akhtar’s Gully Boy. The film stars Alia Bhatt opposite him for the first time. The film will be completed by the end of April. It is slated to release on Valentine’s Day, next year. The actor will also be seen in Rohit Shetty’s Simmba and Kabir Khan‘s ’83.