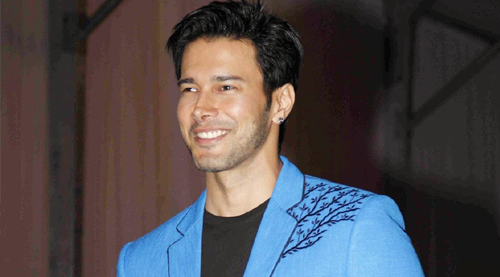 For Rajniesh Dugggall, there was a surprise in store when his friends called him up over the weekend after watching his latest release Spark. Though the actor wasn't expecting much from the film, he was flabbergasted when informed by his well wishers that the film had turned out to be a random affair.

"He hadn't seen the complete film till release and was aware only of select portions for which he had either dubbed or happened to glance through. He realized there was something amiss but as a professional, he went about wrapping up the multi-city tours and other appearances. He did express his reservations to the makers at the time of First Look unveiling as well but was assured that all would eventually be well. He kept good faith but was very disappointed when reports started pouring in," informs a friend of the actor.

For starters, the actor - who has worked extensively with Vikram Bhatt (1920, Phhir, Dangerous Ishq) - was presented a story that turned out to be something else when the filming began. Later, when the film couldn't even procure a proper release, Rajniesh was sure that he was going to get a deal which was different from what he had bargained for.

When contacted, Rajniesh didn't hide his disappointment. He said, "All I can comment at this moment is that the film was a big mistake and I regret that. I am going to be very cautious of what I pick up next. I can't see myself getting trapped in such a set up again. The film was something else and it turned out to be just different."

Ironically, he hasn't seen the film till date and doesn't even intend to do that. In fact on Sunday itself, he resumed shooting of his next film Ho Gaya Direct Ishq which is almost 70% complete and is already carrying good reports due to its rustic setting.

"Yes, it is a very crazy affair," Rajniesh brings on a smile here, "The film is set in Benaras and my character is that of a Benarasi launda. He is an outlaw, lives in his own style and world. He is BHU (Benaras Hindu University) ka gunda. He is in love with a girl (Nidhi Subbaiaah) who has another lover (Arjun Bijalani). Frankly, more than the story, it is the role which attracted me. We are aiming for Valentine's Day weekend release."

Hopefully, this film would indeed carry some spark.