The inside reports are finally out. If those who have had the dekko at Stree are to be believed, this one is the surprise package of the season. Even though the promo of this whacky horror-comedy has already invoked laughter, one always wonders if there is more to the film than what you get to see in those two and a half minutes. As is the case though, Stree has actually concealed more than what has been revealed. 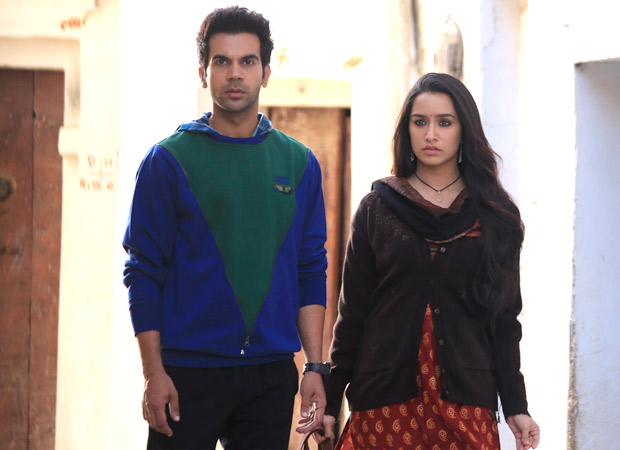 "Stree has a remarkably different concept and something that hasn't seen before at least in a Hindi film set up. One has to draw a fine line between what to show and what to hold back when it comes to the promotion of the film. The makers had a task in hand as they had to entice audiences well enough and yet ensure that there was a lot in the kitty when it came to unveiling the surprise package," says a source.

If reports are anything to go by, the film is a laugh riot but not without its spooky moments that would bring audiences on the edge of the seat.

"The film was recently screened for a few select individuals and the verdict was unanimous that this one would pleasantly surprise the audiences," our insider adds, "Of course producers Dinesh Vinjan and Raj-DK are keeping it all wrapped up. They don't want the word about the film to spread so fast in quick time that there is no mystery element left before it arrives this Friday. Now that the initial feedback has come in already, it is time for the countdown to begin."

Stree deals with a paranormal phenomenon where a mysterious lady makes mid-night appearances and scares the wits out of men. One such victim happens to be Rajkummar Rao.

"Rajkummar has his own sense of humour and comic timing, something that is perfect for a set up like Stree," says a source close to the makers, "He is on a roll in any case where he has been acting across different genres and scoring each time around. He is not setting the foot wrong and once audiences will see him in Stree, they would be amazed yet again by his comic timing."

What one waits to see is the part that Shraddha Kapoor is playing in the film as there is a suspense factor around whether she is indeed the spirit that comes to haunt the boys.

"Director Amar Kaushik has not revealed much about the character that Shraddha is playing in the film as she is pretty much the 'band mutthi' of the enterprise," our source adds, "Rest assured, you would be shocked once you watch the film. It is not just the film's core storyline which is full of surprises; even the narrative is such that there are numerous twists and turns that would keep you thinking."

We wait to see what truly unfolds once Stree releases all over this Friday.

Also Read: WHOA! Rajkummar Rao dresses up in a saree for Stree