Last Updated 07.02.2023 | 11:09 AM IST
feedback language
follow us on
Bollywood Hungama » News » Bollywood Features News » Radhika Madan practising stunts for Mard Ko Dard Nahi Hota is all the motivation you need to get by through the week

Radhika Madan started off her career on small screen. She performed really well in serials and soon made her debut in Bollywood with Vishal Bhardwaj’s Pataakha which also starred Sanya Malhotra. As the basic plot of Pataakha was based out in the rural areas, Radhika and Sanya worked their way through the accent and lingos of the language. Radhika’s latest release, Mard Ko Dard Nahi Hota, required her to perform a lot of stunts. The actress recently posted the behind-the-scenes videos of her prep for the role and it will leave your jaw dropped. 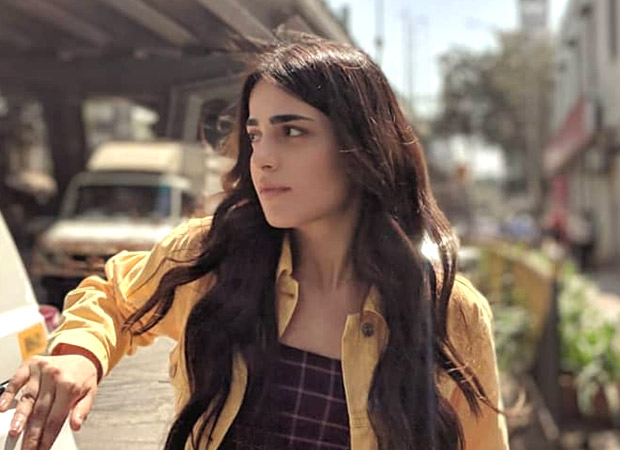 While there are other actresses who would’ve preferred a stunt woman to perform these stunts that include kickboxing, martial arts, and using nunchakus, Radhika decided against it. From what she has uploaded, we can see that her training has been rigorous and she has really put in a lot of hard work to made it look like she is a trained police officer. She uploaded a couple of videos on her Instagram as a token of thanks for her trainers. She captioned it, “Really grateful to everyone who helped me become Supri. A journey that taught me so many things.❤️ @prateekparma @bikash_mma @ericjacobus @hapkiden @vasanbala”

The movie, Mard Ko Dard Nahi Hota has recently released and is doing pretty well at the box office. The unique plot and fresh faces have been attracting the audiences to the silver screens.

Also Read: Dinesh Vijan gets ’83 actor Sunny Kaushal and Radhika Madan on board for his next