Rani Mukerji had delivered an outstanding performance in the superhit Mardaani in which she took on the kingpin of a child trafficking racket. The hugely acclaimed film is now having a sequel Mardaani 2 and Rani will be seen as a Superintendent of Police who is locked in a vicious battle with a 21-year old merciless villain. 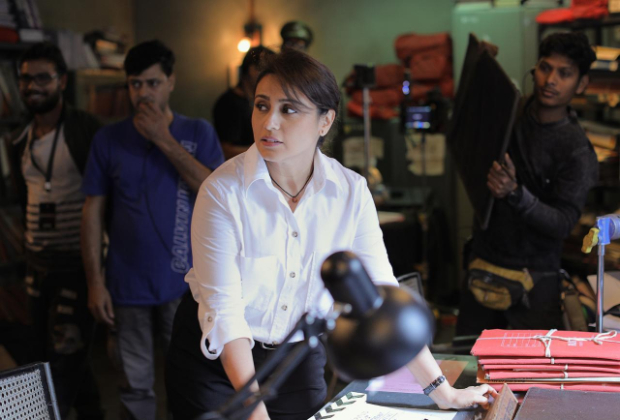 Rani Mukerji will be locked in a game of cat and mouse with the villain who is extremely clever and knows no mercy or empathy. Rani started shooting yesterday in Mumbai and we managed to catch a glimpse of her just before she stepped into the sets.

Though the story of Mardaani 2 has been kept under wraps, a source close to the development had some information about the casting of this film. “The makers have zeroed in on a young boy who will take on Rani in this much-awaited sequel. It will be a debut for this boy and everyone is telling us that he is a performer to watch out for. If Adi has chosen him to be pitted against a powerful performer like Rani, one can imagine that he is a talent to watch out for. The role requires a menacing, blood-chilling performance and we are excited to find out who this young boy is,” revealed the source.

Produced by Aditya Chopra, this will be Rani’s next release after the blockbuster Hichki. Mardaani 2 marks the directorial debut of Gopi Puthran, writer of the first Mardaani film.

The first look of Abhishek Bachchan from…

17 Years Of Chalte Chalte: "Working with…