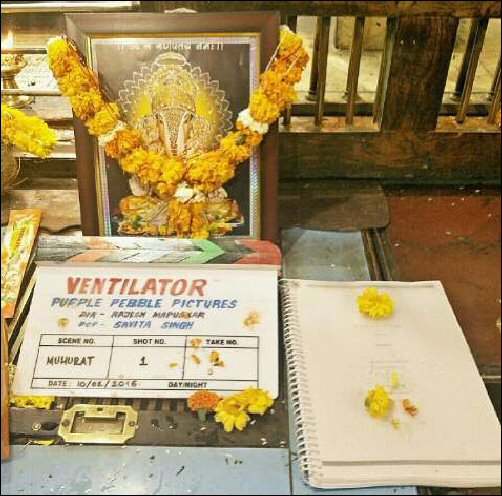 While her debut production venture was said to be a popular Bollywood film with a renowned director, a few days ago, it was announced that Priyanka Chopra is contemplating on entering regional cinema with Purple Pebble Pictures. Priyanka Chopra's debut Marathi film titled Ventilator will be directed by Rajesh Mapuskar of Ferrari Ki Sawaari fame.


Elaborating on his directorial, Rajesh stated that the film is a family drama with elements of comedy. The story also has a message that will be portrayed in a funny manner and that the film has already gone on floor in Shrivardhan, located in Raigad district. While the director is mum about Priyanka Chopra's appearance in the film, he also added that though Priyanka is busy with Bollywood and the shoot of the English series 'Quantico', it is her mother Madhu Chopra who is keeping a tab on the progress of the film in her absence.


Talking about the film on her Instagram page, Priyanka Chopra posted a picture from the 'Mahurat' day of the film saying, "Congratulations @purplepebblepictures for starting #Ventilator.. Our 1st Marathi film!good luck to #rajeshmapuskar and the team! Ganpati Bappa Morya".