While Priyanka Chopra has been sharing posts about being a doting mother and enjoying her motherhood, the actress seems to have resumed work. In her recent post on social media, the actress shared a photo of her intense expression and bruised face. Needless to say, fans of the former beauty queen were left dumbstruck but it was only when they read the caption, did they realize that it was a part of her reel life. 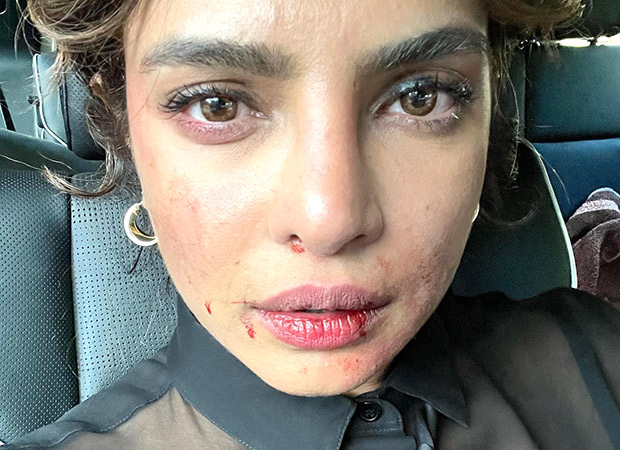 Priyanka Chopra shares a photo with a bruised face; here is how fans reacted to it

Priyanka Chopra shared this photo of her without blood spots across her face from the sets of Citadel. The actress captioned the photo saying, “Did u have a tough day at work as well? ???? #actorslife #citadel #adayinthelife @agbofilms @amazonstudios.” Soon concerned fans started sharing their comments on the post expressing their concern regarding the photo. One of her fans said, “What happened are you ok” whereas some other fan posted, “Aap ne to dara hi diya tha” (you scared us). Yet another fan who realized that it was based on her reel life, said, “i thought you actually got hurt ???? love you priyanka! Can’t wait to see what you’ve been working on!”

Priyanka Chopra had taken a break from shooting the sci-fi series Citadel since the actress was enjoying her time with Malti Marie Chopra Jonas. The actress will be seen in the American show alongside Richard Madden. The two actors will play Citadel agents along with Roland Moller. The show will have different spinoffs in different countries like India, Spain, and Mexico. The Indian series is expected to have Varun Dhawan and Samantha Ruth Prabhu starring as the leads.