Reliance Industries Chairman Mukesh Ambani and wife Nita Ambani had all the reasons to celebrate as they threw a star-studded party for their son Akash Ambani and to be daughter-in-law Shloka Mehta.  It was a pre-engagement bash at Antilia as majority A-listers arrived at the bash. From Ranbir Kapoor to Alia Bhatt, Priyanka Chopra to Nick Jonas, Shah Rukh Khan to Gauri, everyone arrived with their partners at the lavish bash on June 28. But, eyes were set on certain celebrities, namely Priyanka Chopra and SRK, who came under one roof after a really long time. 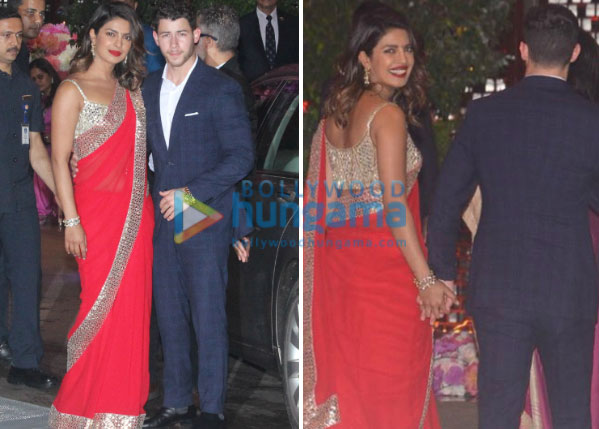 It had been a while since Don stars Priyanka Chopra and Shah Rukh Khan were seen at the same event together. While PC has been working non-stop and most abroad, she was recently in Mumbai with her rumoured beau Nick Jonas. After several outings and dates, Nick was Priyanka's date at the star-studded engagement party of Akash Ambani and Shloka Mehta. They arrived and posed for the paparazzi before heading to the party as they walked hand-in-hand. They looked gorgeous together and really complimented each other. Shah Rukh Khan arrived with wife Gauri Khan as the duo posed for the photogs. With PC and SRK, who have a long history behind them, coming together at the same party, it caught everyone's attention. 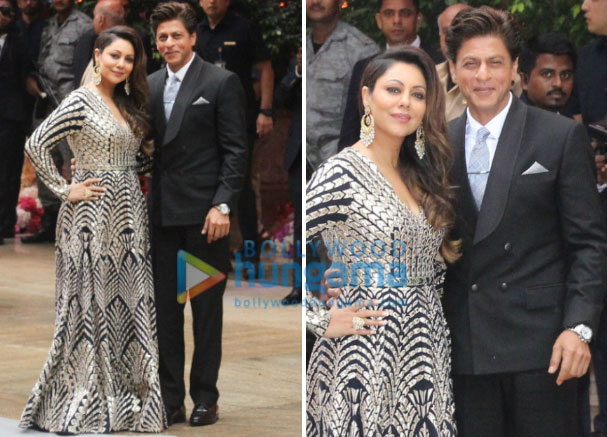 Priyanka Chopra looked stunning in a red hot Abu Jani - Sandeep Khosla saree with a shimmery blouse. One could not take eyes off her when Nick Jonas arrived looking dapper in a navy blue suit. SRK was sharp and slick in his suit whereas Gauri Khan looked beautiful in her couture. 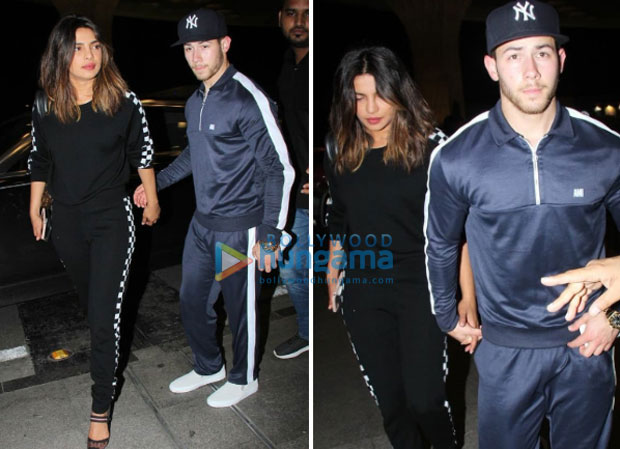 Meanwhile, Priyanka Chopra and Nick Jonas, after the party, headed back to the United States last night itself. They walked hand-in-hand at the airport before heading inside the airport.