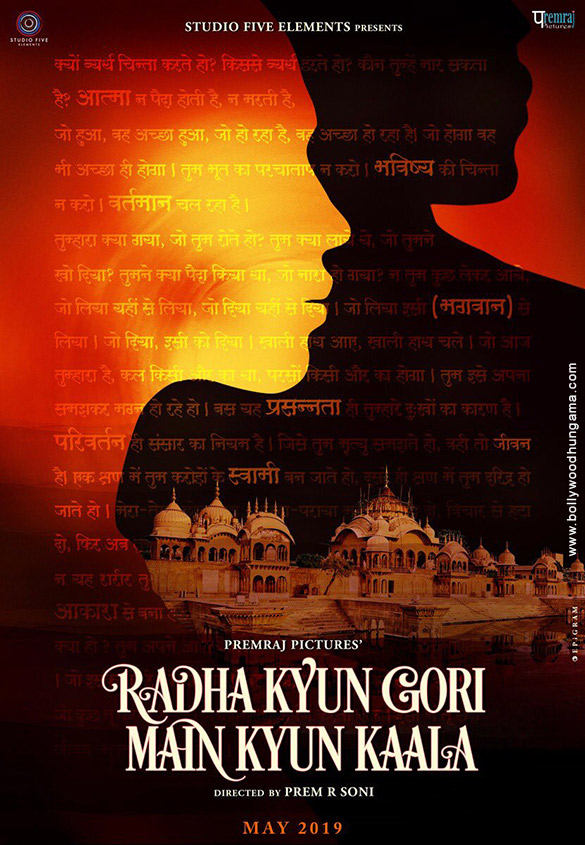 The teaser poster of the film, which revolves around a Krishna Bhakta who comes to the country where guests are treated as gods and women are treated as goddesses to seek answers and raise questions, features the silhouettes of a man and a woman against the backdrop of an ancient temple with the ‘Geeta Saar’ printed on it. The poster of the film is quite intriguing and has made us curious about the cast of the film, which will be revealed in the official poster on a later date.

Prem R Soni revealed, “Radha Kyun Gori Main Kyun Kala is the story of Julia Bien, a Polish girl who is a Krishna Bhakta from childhood. Though Julia has a tough childhood, she finds solace in the teachings of The Bhagvad Geeta and wishes to visit Mathura to see the ISKCON temple there. On landing in India, Julia finds friends and also meets Babul Chaubey, the man she loves. In India, Julia adopts a daughter and decides to make a life here. However, things do not go as smoothly as planned and Julia and Babul end up starting a nationwide movement with the help of the teachings of The Bhagvad Geeta and shine the light of Krishna Consciousness upon the darkness of human nature.”

As for the film, Radha Kyun Gori Main Kyun Kaala is slated to release in May 2019.