There's no doubt that Sonam Kapoor is Bollywood's style icon. From her red carpet appearances in high-end couture brands to her avant-garde sartorial moments, the actress never fails to leave her fans wanting more. Sonam recently revealed that she and her husband, Anand Ahuja, are expecting their first child. She made her first public appearance after announcing the news on Wednesday, March 23. The duo was in Mumbai for the opening of their multi-brand shoe outlet Veg Non Veg. Anil Kapoor, Arjun Kapoor, and several other Kapoor family members also made an appearance. 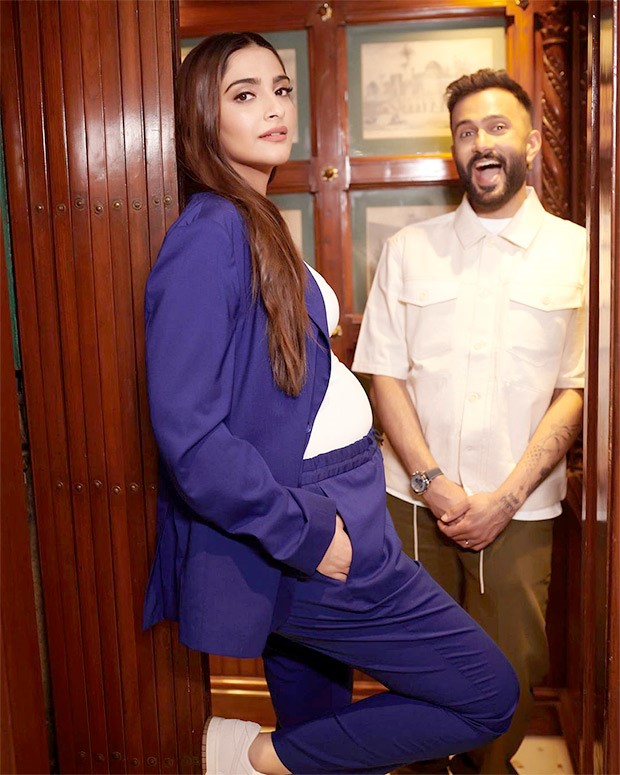 Sonam Kapoor, who is expecting her first child, looked stunning in a comfortable pantsuit. She picked a crisp white tank top and paired it with a bold purple blazer, as well as a pair of matching purple trousers to complete her ensemble. The comfortable yet eye-catching suit is from the shelves of Paul Smith. She completed the ensemble with a pair of Nike white sneakers. Sonam’s ensemble is worth $995 (Rs. 75,000 approx.). Sonam's look was styled by her sister and stylist Rhea Kapoor and Abhilasha Devnani. 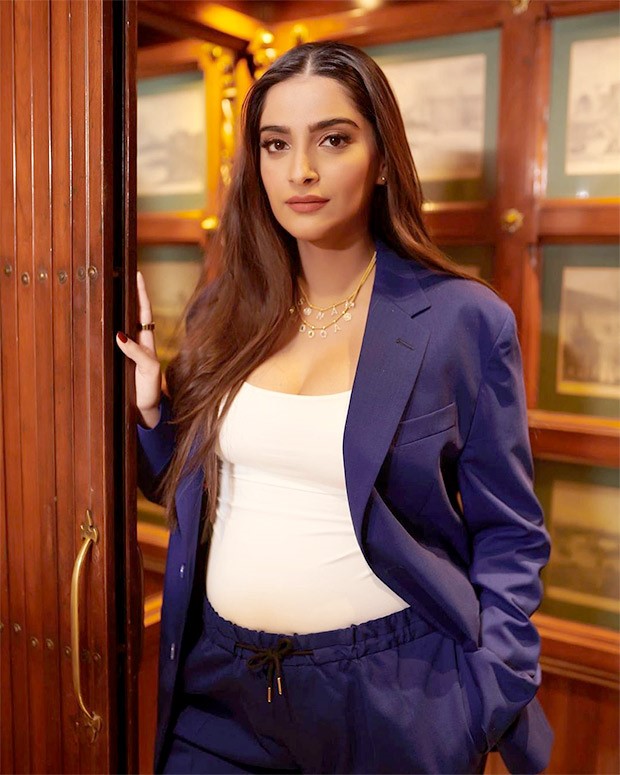 She also maintained a strong accessories game. She went for a more understated style, opting for only one standout item to elevate her whole outfit. She was wearing a gorgeous customised necklace with her initials written on it. 'Sonam' is written on the charms of the necklace and her necklace is crafted by EyeFunny boutique. Her tresses were left open with a nice centre part. Her glam included a pink matte lip tint, a wash of pink glitter on the eyelids, contoured cheekbones, wink eyeliner, and scarlet nail polish. 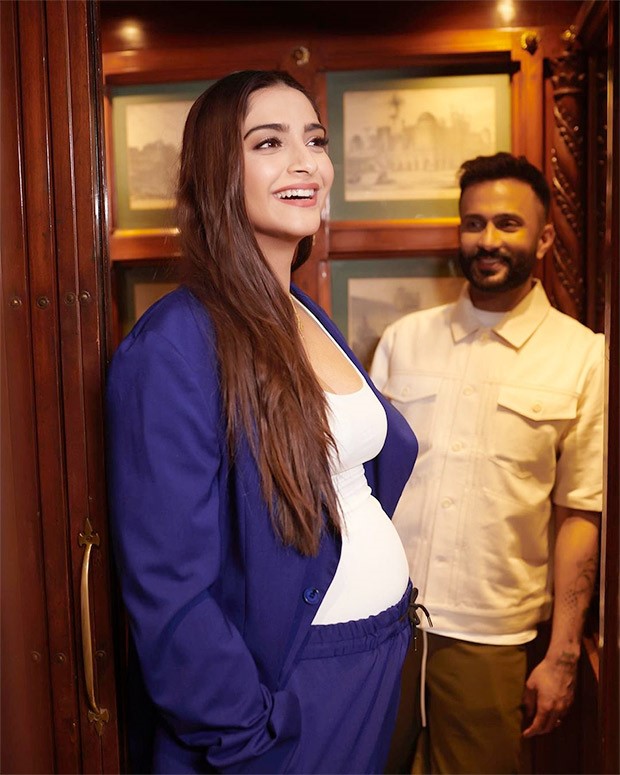 On the work front, Sonam Kapoor will be next seen in Blind alongside Purab Kohli.