Prateik Babbar and Sanya Sagar tied the knot earlier this week at a traditional wedding ceremony in Lucknow. Pictures from the wedding have already started doing the rounds on social media. Post the mehendi, haldi and the wedding rituals, the function ended with a bang with the reception. And if reports are to be believed, this glamorous event saw, father of the groom, Raj Babbar dancing in joy. 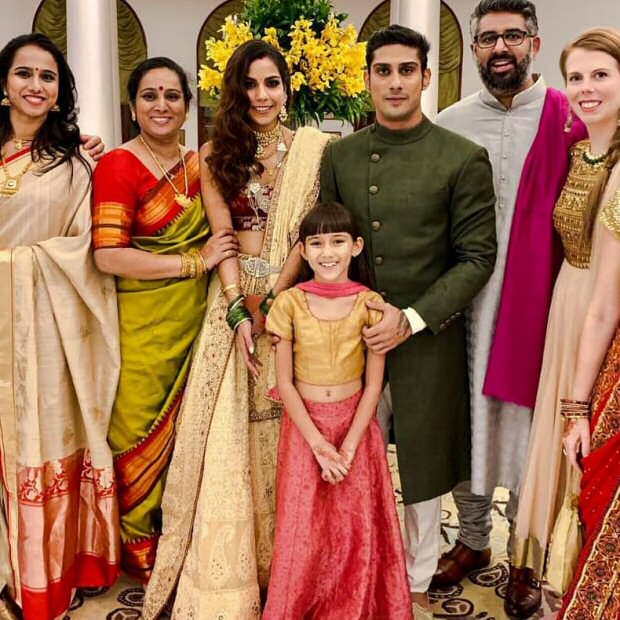 Recent reports have it that Raj Babbar thoroughly enjoyed the wedding and was thrilled to see his youngest born tying the knot. The veteran actor reportedly danced on ‘Bachna Ae Haseeno’ along with the guests at the reception. Confirming the same, a thrilled daughter Juhi Babbar stated in reports that it was a rare sight to see her father dance and that he danced his heart out during the reception. She expressed his happiness saying that even though it is their family trait to groove to the music beats, on that day, Raj Babbar danced more out of love and happiness.

Juhi Babbar added that Prateik Babbar has always been the baby of the house and seeing him at the marriage altar was a happy moment for the entire family. The actress also mentioned about Prateik’s honeymoon plans wherein she revealed that he won’t be going for one anytime soon because he is quite packed with work. However, a trip may be in the pipeline some time later.

On the other hand, a wedding party is on the cards for the actor for his Bollywood friends. Juhi also maintained that a flapper themed party is being planned by Prateik and Sanya for the former’s industry and fraternity friends this weekend. The guest list details are under wraps as of now.