Last Updated 07.02.2023 | 5:20 PM IST
feedback language
follow us on
Bollywood Hungama » News » Bollywood Features News » “The positivity, support and upliftment means the world to me” – Nora Fatehi on appreciation for Bhuj: The Pride Of India

Nora Fatehi is stunning the audience with her impactful performance in Bhuj: The Pride of India. She turned into the modern-day Anarkali for her latest film as she was buried in a mud pit for her over 12 hours in the execution scene. 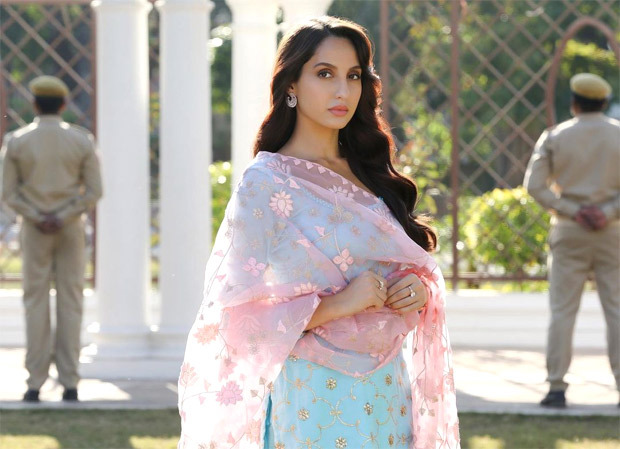 “The positivity, support and upliftment means the world to me” – Nora Fatehi on appreciation for Bhuj: The Pride Of India

Roaring with the patriotic spirit, Nora's 'Jai Hind' chant, as well as power-packed action sequences, grabbed everyone's attention reflecting her passionate performance. One of the highlights of the movie was the execution sequence, the dark sequence showcasing the stoning of a person alive, depicts the actress immersed in a mud-pit with hands tied to her back, forming a pivotal part of the story. Reciting the Shahada accurately, Nora Fatehi was required to thoroughly ace the diction to maintain the authenticity of the emotionally exhaustive scene, which left her in tears towards the end of the filming.

Shedding light on the same, a source close to the film shares, "It is a very important scene as it showcases the loyalty and dedication of Nora's character Heena Rehman towards her country. It was not only an emotionally draining sequence but also physically difficult, considering the setting of it. Nora was required to be buried in a mud-pit, which took over twelve hours to shoot, especially in her Indian wear, which even normally is difficult to carry. Moreover shooting amid sand in the scorching heat added to Nora's troubles, however, she really impressed everyone with her talent, working hard on her diction and pronunciation, Nora perfectly recited the Shahada and delivered a strong and impactful performance, which has turned out to be one of the highlights of the film. While the shoot, Nora actually felt the emotions for real to witness the experience of death so closely that not only she was left in tears by the end of it but the entire crew of over 500 people was left applauding her brilliant performance."

Taking to Instagram, Nora wrote, "Its been one heck of a journey… thank you guys for all the love and appreciation! The positivity, support and upliftment means the world to me! I take nothing for granted and hope for more opportunities ahead to make u guys proud, to explore my versatility and break the barriers #Bhuj #bhujtheprideofindia."

Putting forth her action avatar for the first time, Nora was seen flaunting combat skills, acing the hard-core, badass look. Overcoming different adversities in the preparation of her character as well as the shoot, Nora Fatehi has trained hard to ace her character, along with suffering a few injuries.

ALSO READ: Nora Fatehi is all about the desi glam in Rs. 2,25,000 lehenga from Torani