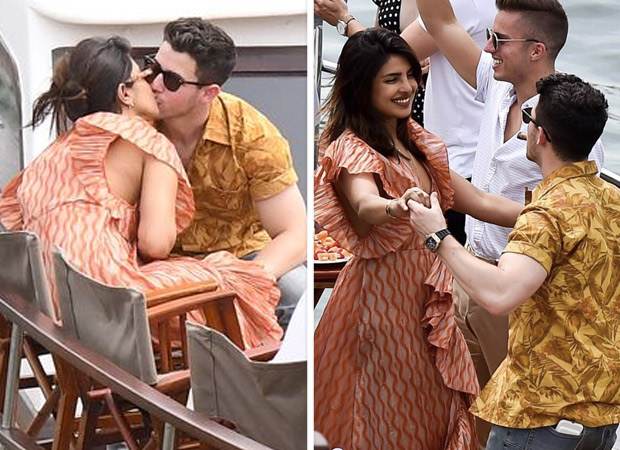 Priyanka Chopra and Nick Jonas know how to be a tourist in style. Opting chic outfits instead of athleisure is what Nickyanka has been doing all this while in Paris. A day ago, on a sunny day, Priyanka and Nick headed for a cruise party along with Joe Jonas, Sophie Turner and their close friends. The couple was papped while walking hand-in-hand. They were also seen dancing around on the cruise as Priyanka could not stop smiling. They even sneaked in a few kisses.

Meanwhile, on the work front, Priyanka Chopra wrapped up her next film The Sky Is Pink starring alongside Farhan Akhtar and Zaira Wasim.