The year 2018 was clearly a tragic one for the Kapoor family and the nation. The legendary actress Sridevi, the first female superstar of India, passed away in February 2018. The autopsy report stated that it was a case of accidental drowning. It's been more than a year but Kapoor family continue to remember her. 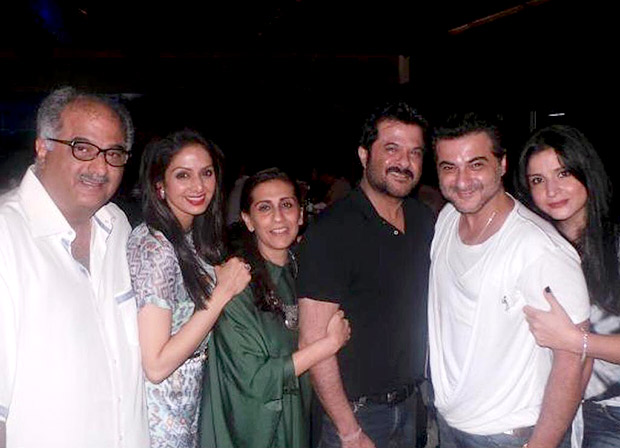 Sunita Kapoor, Anil Kapoor's wife, shared a throwback photo which is definitely a timeless gem. In the photo one can see, all the three brothers and their wives posing together. It was from a party held at Anil's house. In the photo, we can see Sridevi, Boney Kapoor, Sunita Kapoor, Anil, Sanjay and Maheep Kapoor. Sunita captioned the photo, "Throwback" and added series of broken hearts.

The late Sridevi was last seen in a cameo in Shah Rukh Khan starrer Zero. She also starred in Mom which won her accolades for her stellar performance.