Priyanka Chopra and Nick Jonas tied the knot in December last year which had the world talking about. After them, another Jonas brother got hitched this year.  Joe Jonas and Game Of Thrones actress Sophie Turner tied the knot in an intimate ceremony in Las Vegas on May 1 after Jonas Brothers performed at their comeback stage at Billboard Music Awards 2019. After the secret ceremony, the couple is set to have a grand wedding in Paris. 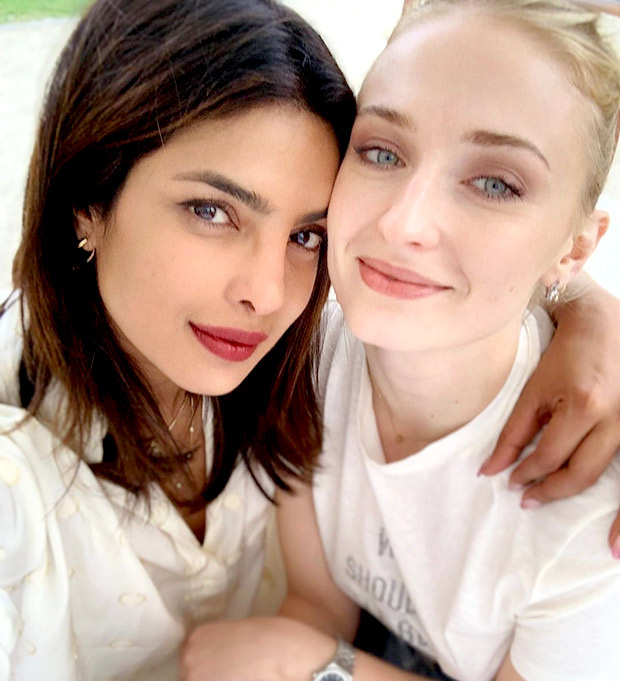 Ahead of their Paris wedding, the Jonas family has reached the beautiful locale to kick-start the wedding festivities. Priyanka Chopra shared a beautiful photo with her 'J sister' and captioned it. "Her ❤ @sophiet. Sophie was quick to comment on the photo and wrote, "I love youuuuuu ♥️"

“It was really funny. We were at the Billboards. Joe I think had this idea that he wanted to do this. But we were at the Billboards and he had these little black cards that we all got. We were randomly inviting our friends, like people that we met. We were like, ‘alright, we’re going to set up this wedding now, we’re going to the chapel right from here, and please arrive, please arrive.’ We had Diplo, Khalid, they were really sweet, they arrived. Diplo Instagram Live-d the whole thing, it was awesome,” said Priyanka Chopra had earlier said in Access Hollywood interview.

On the work front, Priyanka Chopra recently wrapped up The Sky Is Pink starring alongside Farhan Akhtar and Zaira Wasim.

ALSO READ: PHOTOS: Priyanka Chopra gets wax statues in London and Singapore and they are unbelievably gorgeous