Readers may be aware that Rajinikanth and Simran Bagga will be coming together for the first time in the forthcoming film Petta. Directed by Karthik Subbaraj, the film also marks the debut of Nawazuddin Siddiqui in South cinema. After releasing a motion poster earlier, the makers have decided to release another intriguing poster of the film but this time it also features Simran Bagga. 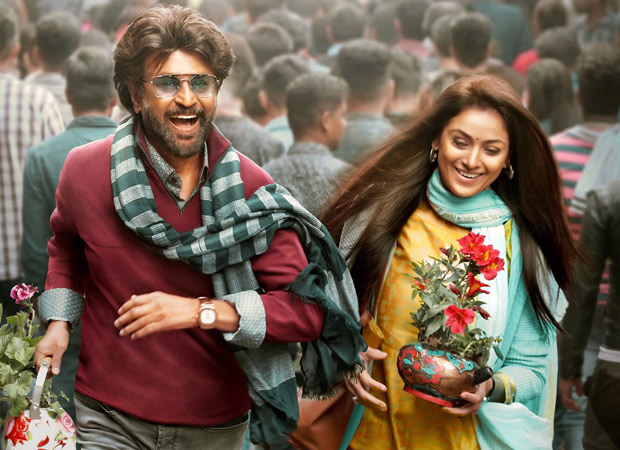 Readers may be aware that Simran Bagga is planning to make a comeback with Petta. And in the recently released poster, the actress looks as pretty as ever and is all smiles in it. The said picture explores the chemistry between Rajinikanth and Simran and we must say it is refreshing! Rajinikanth is seen in a rather casual look in the sweater and muffler whereas Simran too looks pretty in her ethnic avatar. It is also a known fact that Petta is being shot in cold regions like Darjeeling and hence the outfit revolves around winter clothes.

The motion poster of the film that was released earlier was much on the darker side whereas this recently released poster looks much more adorable and fun. It also presents the megastar in a different look. Director Karthik Subbaraj has taken to social media and shared the poster of the same on his Twitter handle. Here’s the look of the same:

Petta also stars Vijay Sethupathi, Trisha Krishnan amongst others. Although the dates of the film are not yet released, Karthik has confirmed that the film will release during Pongal in January. It is being said that it may release on January 18.