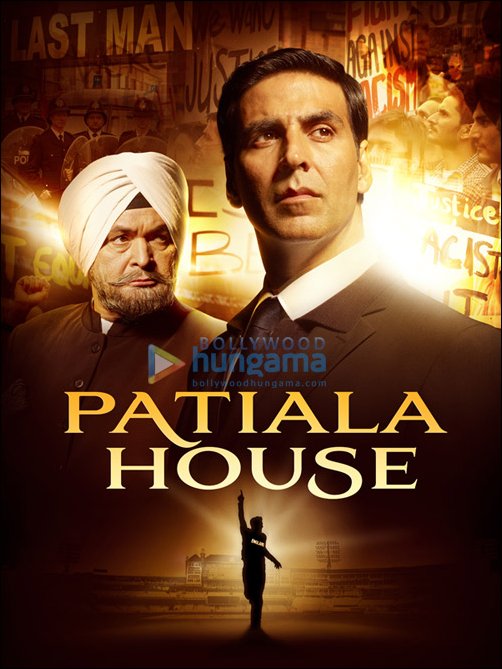 T-Series' Patiala House is a movie about father son relationship starring Rishi Kapoor (Bauji) and Akshay Kumar (Parghat aka Gattu). The story is based in Southall London where the Kahlon family has been living for the past 4 generations; ruled by an autocratic and stubborn patriarch Bauji, the members of this household have no other choice but to adhere to his ways, his rules and his philosophy.

The filmmakers wanted to portray the same in their first key art poster for their audiences. So they finalized that the poster will feature Rishi Kapoor and Akshay Kumar in order to give an insight about the film and the relationship they share. The poster was all set to be launched but then Band Baaja Baraat released and saw a huge success.

So after the success of Band Baaja Baraat, the makers of Patiala House now wanted to feature Anushka in the poster as well. As a result, interestingly now the final poster features Anushka Sharma along with Akshay Kumar.

Nikhil Advani, the director commented, "Anushka is a great actress and we are happy that she is a part of Patiala House. She has proved her talent and charm in her recent hit as well. So all in all, it's going to be a good experience in Patiala House, plus we were always planning on multiple posters which are out for the audiences."

The filmmakers and designers have definitely made a smart move by changing the poster... welcoming all Anushka fans too.