Actress Parineeti Chopra had kept an ‘Ask Me Anything’ session on Instagram to have an interaction with her fans. The actress went live while taking a walk around a park in London and answered the questions of her fans. One user asked her if she can defeat sissy Priyanka Chopra in wrestling. This question cropped up as the duo has done biopic films based on Saina Nehwal and Mary Kom respectively. The actress without wasting any time replied that Priyanka can easily defeat her in wrestling. 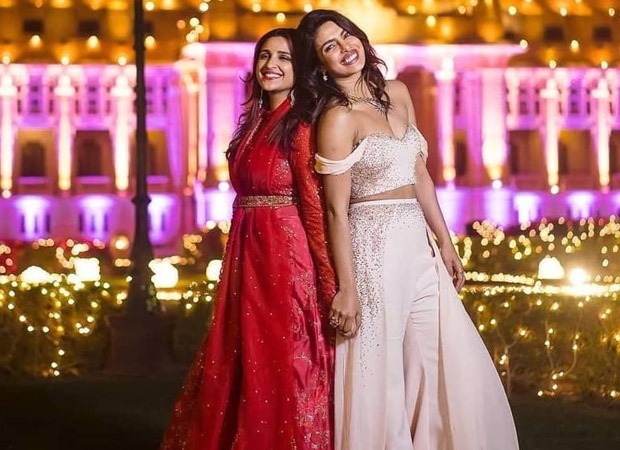 Actress Priyanka Chopra took notice of this and gave an open challenge to Parineeti for arm wrestling. This comment scared Parineeti and she posted the screenshot of her ‘Ask Me Anything' session and pasted a funny GIF of brother-in-law, Nick Jonas admitting that Priyanka can beat him too. 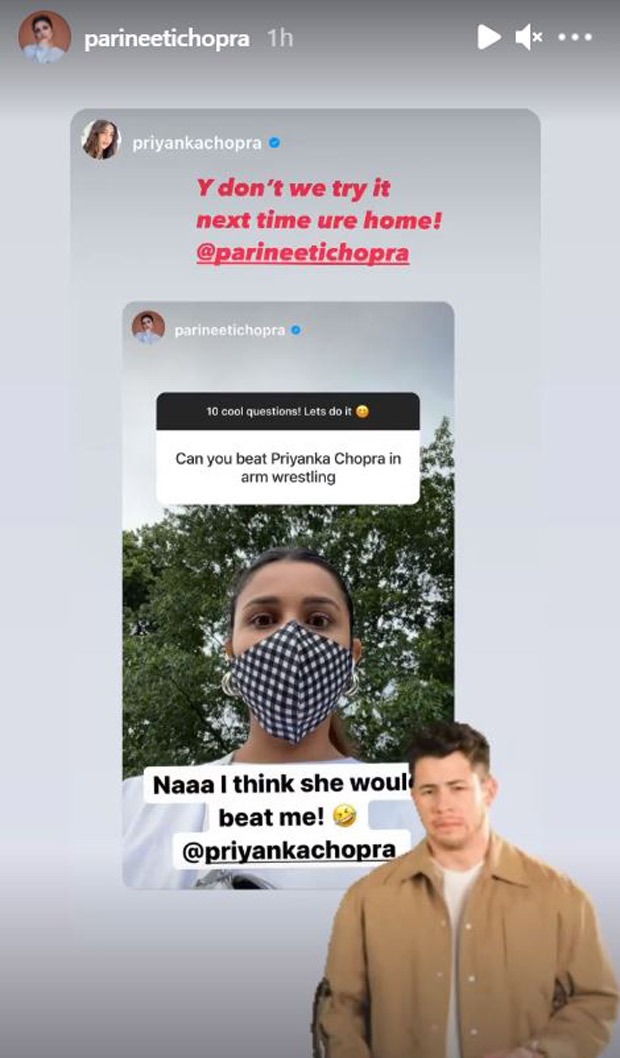 On the work front, Parineeti Chopra will next be seen in Ribhu Dasgupta’s untitled film with Harrdy Sandhu, Rajit Kapur, Kay Kay Menon, and Dibyendu Bhattacharya in Turkey. Meanwhile, Priyanka Chopra has a romantic drama titled Text For You directed by Jim Strouse, and Citadel produced by Anthony and Joe Russo opposite Richard Madden.

Also Read: Parineeti Chopra gets emotional as she enjoys dal-roti in London