The makers had teased the audiences with a sneak peek into the title track of Pal Pal Dil Ke Paas when the teaser launched a couple of weeks back. Since then, there has been an ever-increasing demand by the audiences for the title track’s launch. The wait is finally over as the song launches today! When you have the mesmerizing voice of Arijit Singh, along with lyrics penned by Siddharth and Garima – you can only expect a magical experience. Arijit and Parampara have come together to croon the title track of the film, Pal Pal Dil Ke Paas. The soulful musical track has been composed by Sachet-Parampara and Rishi Rich. 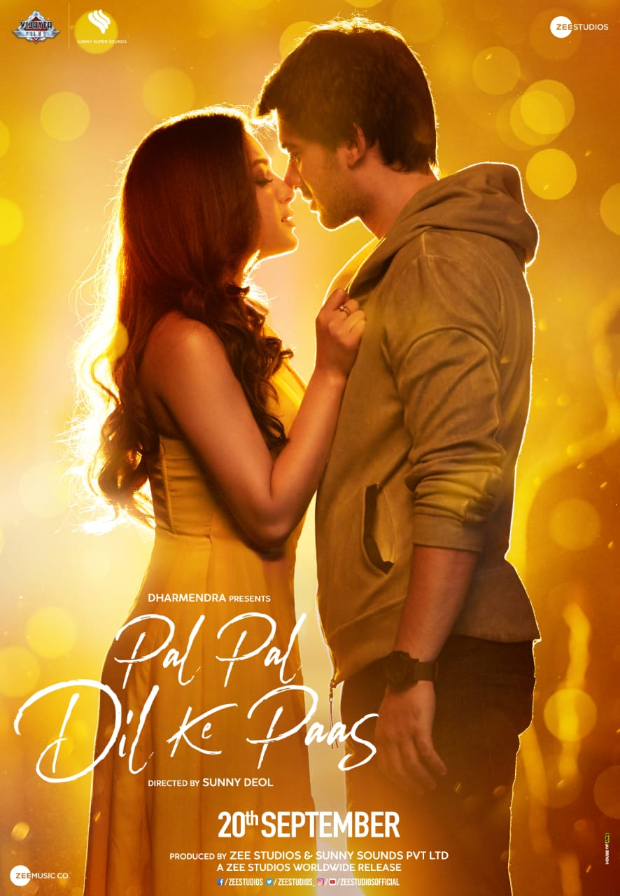 An original track, not a remake of the cult song by the legendary actor, Dharmendra, this song is special for director Sunny Deol, an ode to his father as the legacy continues with his son Karan’s debut film. The song showcases the blossoming romance between the lead pair—Karan Deol and Sahher Bambaa. The title track also showcases the fresh chemistry between the duo and is full of passion, intensity, promises to capture the audiences' heart.

Singer Arijit Singh says, "'Pal Pal Dil Ke Paas' is a beautiful song that will resonate with each person who has ever fallen in love."

“'Pal pal Dil Ke Paas' being a legendary song was the first challenge to crack! We knew that the melody and the words were in people's memory and one had to lyrically achieve something completely new and fresh. We approached the song with just one perspective, young innocent love. Honest in emotion and flowing simply. We have kept the lyrics easygoing and 'story' like. We feel this melody has the power to go very big stay on for a long long time and feel proud that it's a perfect match with the words that we cracked for it. The girl and boy emotion had to be brought out perfectly and the brief from Sunny Sir helped that process.

The process of creating this song was memorable, in Manali, amidst the beautiful valley and picturesque locales! We would work for hours with composers Sachet-Parampara, with the mountains ahead of us! There can't be a better way to write a song,” says lyricist Siddharth Garima.