2018 will remain to be one of the most memorable years in the life of Priyanka Chopra and we all know that the reason behind the same is Nick Jonas. The actress, however, is in a mood to walk down the memory lane and is reminiscing about 2016 and the reason is Oscars. The actress turned nostalgic and shared a beautiful picture from her Oscars debut but not before sending across a lovely message for all the nominees for the Academy Awards 2019. 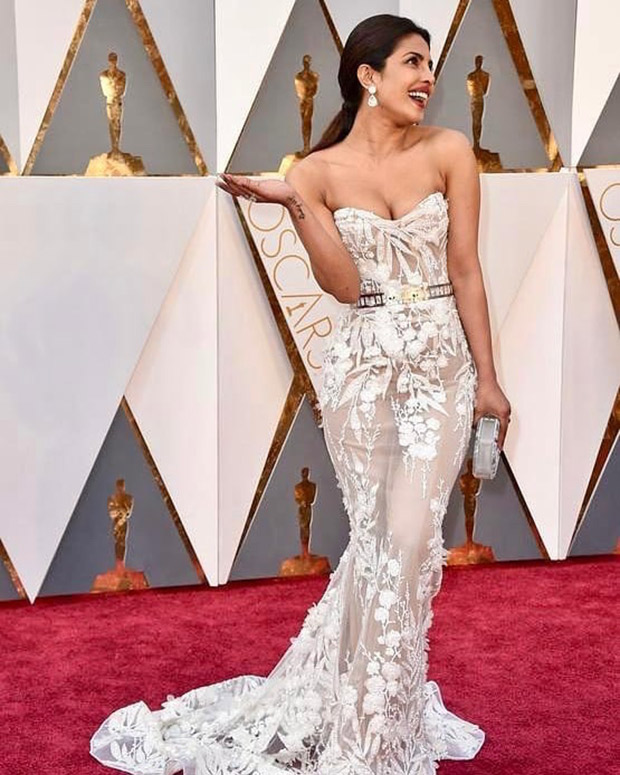 Readers may recall that Priyanka Chopra made her Oscars debut way back in 2016 and few hours before the ceremony kicked off last night, the actress decided to share a moment from the red carpet of Academy Awards 2016. The actress shared this picture on her Instagram page along with a good luck message for all the nominees saying, “My first Oscars! Good luck to all of tonight's nominees! You've already won! #throwback.”

Priyanka Chopra, who couldn’t attend the Oscars 2019, had attended the 2016 Oscars as a presenter and she had also spoken about receiving an invite. The actress made her red carpet debut in a white silk tulle mermaid dress designed by Lebanese designer Zuhair Murad from his Spring 2016 collection. And her look gained quite a lot of attention.

Coming to this year, Priyanka Chopra has already had a 2019 release with Isn’t It Romantic that released during Valentine’s Day. In 2018, Priyanka tied the knot with beau Nick Jonas at a lavish ceremony in Udaipur, followed by receptions in Delhi and Mumbai. The actress will next feature in the Bollywood film The Sky Is Pink alongside Farhan Akhtar and Zaira Wasim.

Also Read: Is Priyanka Chopra collaborating with Nick Jonas on an album?