As you completed 30 years as the leading man in Hindi movies yesterday April 29, I'd like to jot down a few thoughts on the years that I've known you as a journalist and as a movie lover. I remember the craze for you when Qayamat Se Qayamat Tak released. In my home town Aligarh, I witnessed a never-seen-before craze for you. My personal favourite amongst your first few films was Jo Jeeta Wohi Sikandar. I watched it thrice in the cinema hall. 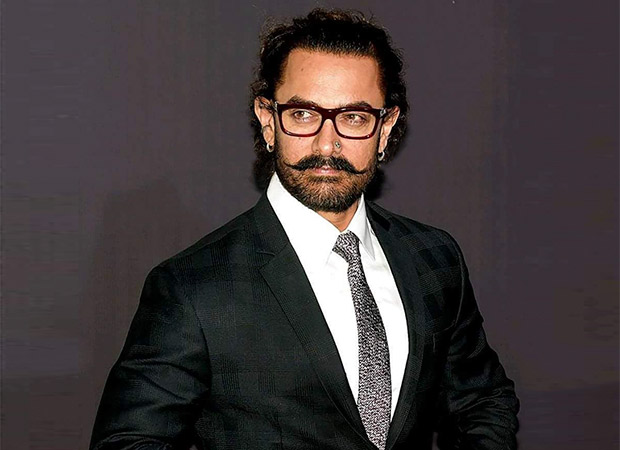 I met you for the first time around 11 years back. We met at your home. You came and sat down on the carpet in the living room. I demoted myself from the comfy sofa and sat in front of you. Your down to earth demeanor was very appealing. Taare Zameen Par had not released till then. It was a time when you were completely off media. We spoke for 45 minutes and you spoke about Taare Zameen Par, Ghajini and a whole lot of other issues. It was very apparent that if you trust someone then you open up effortlessly.

In due course of time, there was a remarkable change in your public persona. Someone who kept media at a good distance went on to host some fabulous promotional events starting from Ghajini, followed by 3 Idiots and subsequent films. Prabhat and Shilpa did a great job in ensuring that your relationship with media was well planned and it has been smooth ever since. Even when there was a sharp media backlash post your Indian Express interview on the intolerance debate, you didn't distance yourself from the media. After a brief spell of a few months, you opened up to media and it seemed as if nothing had happened.

I attended all the promotional events for 3 Idiots and they were a lot of fun. I still remember how you fooled us by not turning for an event (instead a video was played stating how you are going away). After Dhobi Ghat and Talaash, there was a visible pressure on you before the release of Dhoom 3. You were on a personal high because of the colossal success of your television show Satyamev Jayate but the practical professional that you've always been, you perfectly knew the importance of making a big noise at the Box Office.

The interview before Dhoom 3 was widely reported. Your views on the merits of a hit film became embedded in the collective consciousness of the film industry. You told me that, "Yardstick of the success of a film is not the opening it takes or the final box office figures. The success of a film is gauged from the opening weekend and the numbers the same film does on subsequent weekends. 3 Idiots for example, notched up Rs 38 crores in its first weekend. Its final nett box office figure in India was Rs 202 crores which means it did the same business as its opening weekend over the next few weeks as well. That's real success."

Dhoom 3 went past Rs 250 crores. PK and Dangal comfortably bolted past Rs 300 crore mark. Dangal's success was even more praiseworthy as it was battling the Demonetization woes too.

The unprecedented success of Dangal and Secret Superstar in China is another example of your visionary bent of mind and unheard of popularity. Thugs of Hindostan, in all probability will get a simultaneous release in India and China. Sky is the limit for its fortune. China's foreign ministry has issued an official press statement expressing happiness at your possible appointment as the brand ambassador to boost Indo-China trade ties. It's ironical that you were unceremoniously relieved as the brand ambassador of Incredible India post your widely misrepresented Indian Express interview and today you are being looked upon as a ray-of-hope to better the fledgling Indo-China relations post the Doklam misadventure. Time is a great leveler.

It is out in the public domain that a concerted campaign was run against you (as is reported in Swati Chaturvedi's book I Am A Troll) that led to Snapdeal distancing itself from you. I must say you displayed a remarkable composure, patience and wisdom. Today, you don't have a shortage of brands waiting at your doorsteps. The attempts to communalize the reports of your plans to play Krishna in Mahabharata were condemned in the strongest terms.

Yes it's a cause of concern that you've stopped giving your opinion on the issues of national or social interests. It's obvious that you're under pressure to be politically correct at all times. The nasty fake news machinery that was behind your back after your views on the intolerance debate must have been a rude shock. It is understandable. You're doing exemplary work for lessening water woes in rural Maharashtra. When I watch the earlier episodes of Satyamev Jayate, I notice that fearlessness with which you went after the Khap Panchayat, corrupt politicians, the menace of female foeticide and many dangerous lobbies. I doubt if you'd be indulging in Satyamev Jayate in the immediate future. And I totally understand your reasons too. I genuinely believe that you deserve more respect than what you get from within the film industry and from the decision makers in the political sphere.

I must admit that I've learnt a lot from you. And I hope that you shall continue inspiring millions of people who look up to you for showing a new path of brilliance.