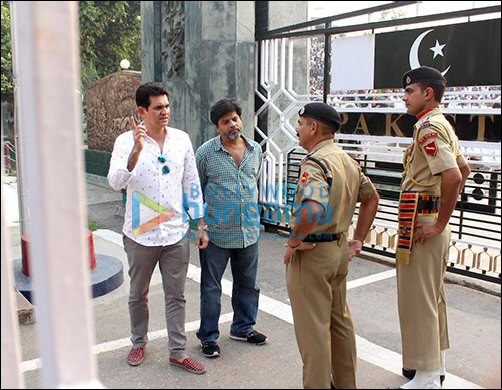 Omung Kumar's upcoming biopic Sarbjit that recently went on floor in Punjab has now been posed with a problem. The cast and crew who are currently shooting in Amritsar are facing a major hindrance in their most important and last sequence of the movie.


According to an insider, the makers are struggling to get permission to shoot at the prominent Wagah Border. They have been appealing for permission since the last 10 days but are unable to shoot scenes at Wagah Border and that too the crucial ones. Adding to it, the makers are losing money and time every day. It is known that every other department has granted permission to them but one department which is also the most important one is acting as a major hindrance. A team of around 150 crew members including Randeep Hooda, Aishwarya Rai Bachchan, Richa Chadha, Darshan Kumar as well as director Omung Kumar are waiting for the ultimate decision to finish the crucial sequence at Wagah Border and wrap up the movie with satisfaction.


The source adds further that incase things don't work out for the makers in a day or two, the repercussion to this unfortunate decision will affect the movie's budget greatly. A new set of Wagah Border will have to be reconstructed in Mumbai that will add to their budget and hike expenses too. Incidentally, the crew has had a very smooth shooting so far and was looking forward to shoot for this end sequence to go in the same order. But unfortunately with the denials of permission at Wagah Border the cast might disappointedly head back to Mumbai.