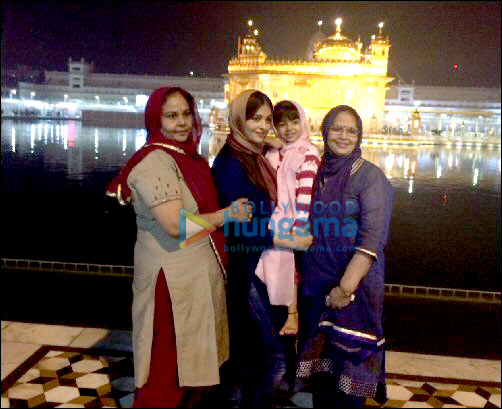 Former beauty queen and actress Aishwarya Rai Bachchan is currently in Punjab shooting for the upcoming biopic on Sarabjit Singh, in which she plays the role of Dalbir Kaur. The actress, amidst busy shoot schedules, not only plays a doting mother but she also takes time out for some family outing.


Recently after wrapping up her film's shoot, Aishwarya Rai Bachchan along with her daughter Aaradhya and mother Vrinda Rai visited the famous Golden Temple, located in Amritsar, to take the blessings of the Almighty. This is one of the rarest pictures where we see the three generations of women in the family coming together.


Starring Randeep Hooda and Richa Chadda, Sarbjit is directed by Omung Kumar and produced by Vashu Bhagnani in association with T-Series. The film is slated to release on May 19.