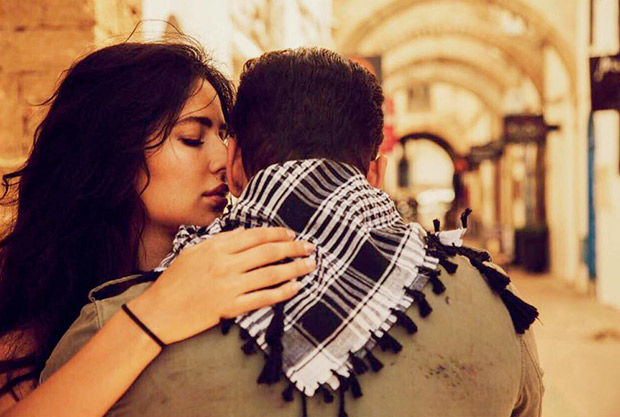 For Salman Khan and Katrina Kaif fans, August 15 is not just Independence Day. For them, it’s also the day that Ek Tha Tiger released in 2012. Directed by Kabir Khan, this action spy thriller turned out to be a huge blockbuster and was loved for its action, grandeur, songs and of course chemistry between the two actors.

Yesterday was the 5th anniversary of Ek Tha Tiger and as expected, #5YearsOfEkThaTiger was one of the top trending topics. Katrina Kaif seemed to have taken a note out of it and posted a lovely throwback picture that was lapped up by the fans. It shows Katrina Kaif standing very close to scarf-clad Salman Khan, whose back can be seen. The background is blurred but the fans would know that it’s the same location where the super-hit song ‘Mashallah’ was shot. Even if the netizens didn’t realize that, Katrina Kaif’s picture caption made it clear, “#mashallah #tigerzindahai #5yearsofekthatiger”.

Incidentally, Katrina Kaif also hashtagged Tiger Zinda Hai, which is the sequel to Ek Tha Tiger for which both she and Salman Khan are currently shooting for. This film however is being directed by Ali Abbas Zafar, who directed Salman Khan in 2016 blockbuster Sultan and Katrina Kaif in the 2011 romcom Meri Brother Ki Dulhan. Tiger Zinda Hai is all set to release on Christmas this year.