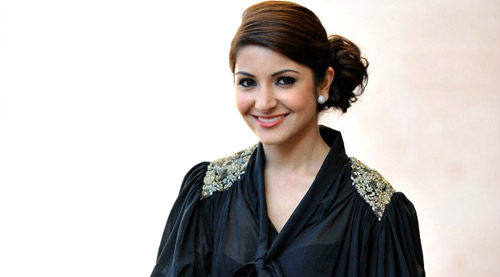 Dil Dhadakne Do has released and though Anushka Sharma has a relatively brief role, she has managed to make her presence felt for sure. In a multi-starrer affair which

had a roller coaster ride of her own from PK and NH10 to Bombay Velvet and now Dil Dhadakne Do, one may well assume that she is gaining a fair understanding from others

around how the industry operates.

script sense toh aa hi jaata hai. I have not relied on anything but my instinct. After all, you can never know that Ahmedabad aur Jamshedpur mein who would like a film and who would not. Obviously

I would like to reach wider audience," says Anushka.

So how does she go about picking up a script and giving it her nod of approval?

"It is a gut that I go with. I don't ask people to read my scripts. The only person I discuss my films is with my brother. Even Adi (Aditya Chopra) doesn't read my film's scripts. He has said so

very categorically that he is not going to read my scripts and tell me that yeh karo ya nahi. He believes in making sure that I and others reach a level where we can decide what works for us and

what not," she continues.

While Dil Dhadakne Do has released, she would soon be beginning the shoot of Karan Johar's Ae Dil Hasi Mushkil with Ranbir Kapoor and Aishwarya Rai Bachchan.

"I choose the best work that comes my way," smiles Anushka, "Now I have an option of doing better than what I have done in the past. I am in a better position right now where it is easier to make

choices. You get to a particular level earlier and that's why I did lesser films then. Whether it was then or now, I see what works best eventually."

Meanwhile, as a producer the year started on a bright note for her with NH10. That must have been quite gladdening for her.

"Yes, as a producer it is a great feeling when you put your faith in a project and do it against all odds. While there would always be people who would be dissuading you from doing it, when you

make a film purely from a creative level without thinking about that chalo ab isko khush kar do, usko khush kar do, it is a very satisfying feel. No, it is not an easy thing to do but when you try

hard, not walk the beaten path and still find appreciation and nod of approval, it is a great feeling indeed," signs off Anushka.