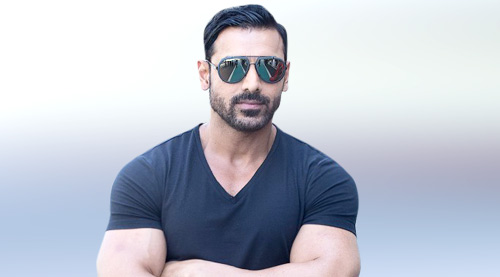 John Abraham on why Rocky Handsome would remain close to his heart, irrespective of its box office performance.

You have conveyed a lot of pain and suffering in Rocky Handsome. Where did that come from?
I draw from own reservoir of experience, and pain and suffering are part of it. I completely related to my character's pain. Being solitary comes very naturally to me. I don't socialize or party much. I am loner by nature. So I think drawn from my own painful experiences in the past. It wasn't difficult for me to identify with this character.

It's not often that we see a hero so self-destructive, someone so willing to die?
Ya, my character Kabir Ahlawat has nothing to live for. He is not afraid to die. That lust for life is lost. So he is fearless. I liked that.

Did you watch the Korean film The Man From Nowhere on which Rocky Handsome is based?
I did see the Korean film. But I didn't absorb the Korean actor Won Bin's performance. I knew my director Nishikant Kamat would have his own interpretation of the role and film. Although we had officially bought the remake rights of the original film, we decided to do our own take on it.

How much did the director Nishikant Kamat guide you?
Oh, a tremendous lot! I made him hold my hand through the performance. The emotions, as I said, came very organically to me. Feeling the pain of loss was not difficult for me. Any hint of losing a near and dear one triggers off a deep emotion in me.

You are very attached to your parents?
I am extremely family-oriented. The fear of losing a loved one haunts me. I think I drew from that fear to play my role in Rocky Handsome.

What was the most difficult scene to do?
The one where I watch my wife (played by Shruti Haasan) being killed. That scene shook me up. Nishi (kant) wanted me to internalize my character's anguish. The pain had to be expressed through the eyes.

What did you think about Nishikant Kamat playing the chief antagonist?
Oh. I loved him in that role. It was such a joy to watch him turn into this evil character. Another actor was supposed to play that role. Just two days before the shooting that actor opted out. Nishikant had to step in by default. And what a mind blowing performance he has given!

He is quite a performer?
Not many know Nishikant is a trained theatre actor. I knew how hard it was for Nishi to be acting and directing at the same time. I don't think he will do both the things together again.

Nishikant Kamat and you share an amazing rapport since you did Force together. What took you so long to do another film together?
I think Nishikant had other commitments after Force. He completed a Marathi film Lal Bhari, then he did a film with Irrfan (Madaari) and Drishyam with Ajay Devgan. Then we chanced upon this script that we really wanted to do together. Nishi is a stickler for content. It could be an adaptation or an original. But it has to be just right for him. As a producer I've also become very content conscious.

What are you expectations from Rocky Handsome?
I am not looking at numbers. No matter what its box office outcome Rocky Handsome is a film I'll always be proud of. Nishikant and I have given our blood sweat and tears to it. I am proud of it as a producer and an actor.