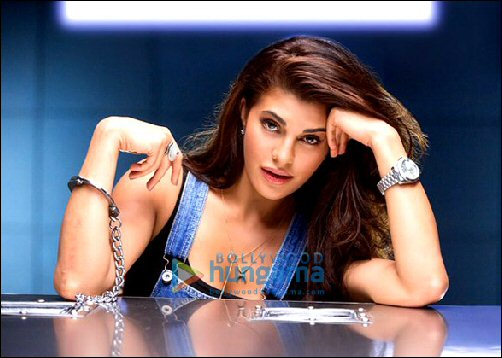 While the entire team of Dishoom is more than excited about the film, the actors have given us several glimpses of the on the sets fun on social media. After a power packed poster of Varun and John, here is the look of Jacqueline Fernandez from the film.


Unlike the glamorous and girly role we expected, Jacqueline is seen sporting a dungaree and handcuffs in her first look from the film. Her character looks badass and reminds us of her grey character from the film Race 2. However, the details of her role in the film are being kept under wraps. But, it was previously said that the heroes too, namely Varun Dhawan and John Abraham will be seen doing high octane action and the film will also have quite a bit of bike stunts.


Produced by Sajid Nadiadwala and directed by Rohit Dhawan, Dishoom is slated to release on July 29.