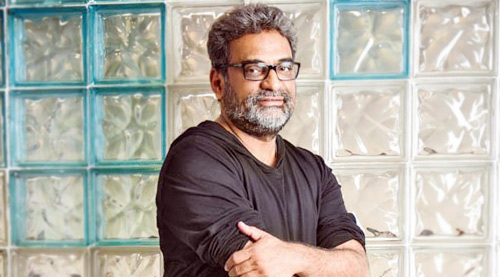 Is it real life meeting reel life? Many have wondered this about Kareena Kapoor Khan who is a successful working woman and has been driving her career in a way she wishes, post

her marriage with Saif Ali Khan. Now that she is being seen as a corporate woman in Ki & Ka, her fans and followers have pretty much assumed that it would have been a cakewalk for Kareena to

enact the part of Kia, given her marital status. However, quiz director Balki about this and he has a different take on affairs.

Kareena has been quite choosy of late when it comes to films she picks. Was she immediately game though when you offered her Ki & Ka?

Kareena and I had spoken earlier and had expressed that we wanted to work together. She was shooting for Bajrangi Bhaijaan in Kashmir when I wanted to meet her to narrate Ki & Ka. She

wanted to come back to Mumbai and hear out the narration. When we met, she got the idea immediately. She is very today's kind of person and we both connected on a mutual ground. That really worked.

In the film, she has the part of a corporate bigwig to play. Given her personality and demeanor, have you attempted to mould her into something else, or do we get to see Kareena as before?

What you get to see on screen is basically Kareena! What you hear is the tone and language which is very much her. She understood the script even before I finished the narration. She is a fantastic

actor and was very comfortable turning into Kia. Also, I can say this confidently that even if Ki & Ka would come her way 5-10 years back, she would still have played the part with utmost

understanding and maturity. Her marital status today has nothing to do with how fantastic she is in the film.

Guess it was her inherent talent and experience over last decade and a half that did the talking.

Indeed. Kareena is so spontaneous. She is a sparkling actor and someone who is as feminine as it gets. While watching the film, no one will say that she is half a man because of the part that she

plays. She uses her talent and then looks the part. She can do histrionics, she can be candid, or she can be comfortable in the usual song and dance avtar. Actually, it is casting that has worked

out wonderfully well for the film.

Yes, Kareena and Arjun had to look comfortable together.

Exactly. Both of them had to look like a couple. Arjun is so comfortable with Kareena and vice versa. I had a ball working with both.