Popular drama Ghum Hai Kisi Ke Pyaar Me fame Neil Bhatt and Aishwarya Sharma celebrated 6 glorious months of their Roka ceremony. A Roka Ceremony is a custom and the first step in Indian marriages. In the ceremony, the boy and the girl book each other for marrying on a future date. The duo met each other for the first time on the sets of their show only and instantly git clicked with each other. After dating for some time, the duo made their relationship official and decided to marry each other. 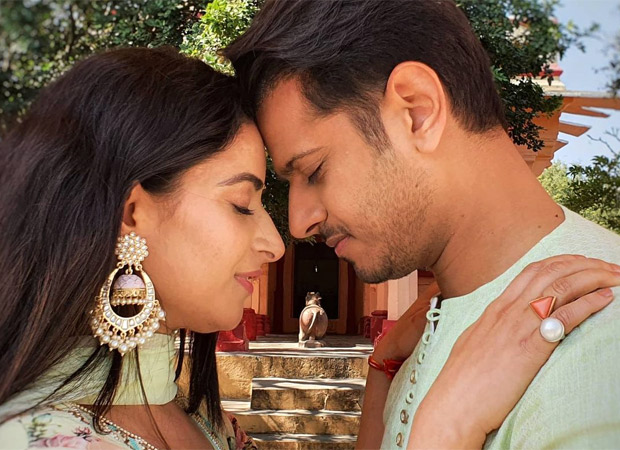 In the show, their love story couldn't move forward but surely has gone too far in real life. The couple had an intimate Roka ceremony attended by close family members on January 27, 2021. Today, as they complete 6 months of being each other's fiance, they took a fun couple test and answered some fun questions. The couple played ‘Who’s most likely to' game in which we got to know some interesting facts about them. While we got to know that it is Neil who apologises for the first after a fight. We also got to know that Aishwarya is the funnier among both of them. The couple answered several questions while recording themselves in front of the camera and posted the video on social media.

The video was shared by Aishwarya on her Instagram handle, sharing which she wrote, "Happy 6 months of our Roka @bhatt_neil ."

Also Read: Surbhi Jyoti is a bright sunflower in all yellow dress worth Rs. 9k