Today is the 42nd wedding anniversary of Rishi Kapoor and Neetu Singh. On January 22, 1980, they tied the knot. The couple featured in multiple hits together in the 1970s and 1980s, and their on-screen and off-screen romance was often talked about. 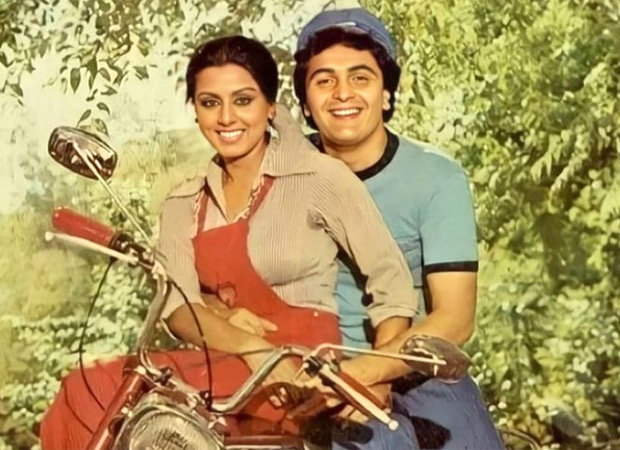 On Saturday, Neetu Kapoor used the ocassion to pay tribute to her late husband, who died in April 2020 after a two-year struggle with cancer. She uploaded a few images with the late actor from a visit to the set of The Kapil Sharma Show to promote Rishi Kapoor's autobiography, "Khullam Khulla: Rishi Kapoor Uncensored."

"In remembrance..." Neetu captioned the photos. Riddhima Kapoor Sahni, the actors' daughter, commented on her mother's post with a heart emoji. L

During a recent visit on The Kapil Sharma Show with Riddhima, Neetu revealed how difficult it was to work with Rishi Kapoor. As a result, she made the decision to stop working in movies. “I started at 5 and married at 20, it was 15 years of long experience in working. I had nothing against fame because I was a superstar as in when I used to move out from my balcony, there were around 300–400 people standing and cheering baby Sonia. So, to be famous was not a big thing and then Rishi Kapoor came into my life who wanted my time, and due to which it was a bit chaotic to handle both films and Rishi, so I gave up on films,” Neetu Kapoor said.

Rishi Kapoor dedicated a chapter to Neetu Kapoor in his biography, Khullam Khulla.