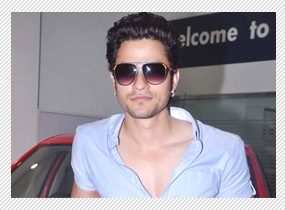 For someone who isn't seen or heard much outside the world of films, the fact remains that Kunal Khemu is actually seeing a very consistent run at the box office. Each of his last three films has been a success, case in point being Blood Money, Golmaal 3 and 99. Now that he would be seen next in Go Goa Gone, all eyes are on whether he would be making it four in a row. While answer to that would be known in 48 hours from now, Kunal gears up for one of his biggest films till date where he is also bringing in a different genre in the form of a zomcom.

How did the film really happen Kunal?

I wanted to work with Raj and D.K. again after 99. We were thinking about various subjects and were close to making a crime thriller set in Goa. Then there was this zombie angle that also came in and we all were hooked. Luckily for us, we had a meeting with Saif and when he read the script, he just loved it. In fact he asked me why I never talked to him about it (laughs). I just said to him that since we don't talk of work usually, I kept it that way.

Well, Illuminati came into picture soon. They took that risk and made the film. Today when I see the response in a way like this, I feel so happy about making what we believed in. At least that level of satisfaction is there.

Going by Raj-Krishna's track record of making different films, another one being Shor In The City, you must have been assured that Go Goa Gone would be a quality product at the least, isn't it?

Yes, they bring a lot of credibility. The good thing is that they have such a different sense of humour that it reflects on the final product as well. See, people don't know about zombies as such. In fact we were also told that in India, a subject like this won't fly. However now you can see, the film is all over. All credit to the team for pulling it off.

The film took some time to reach the finishing line. Weren't you apprehensive all along that how would it be received? After all, it isn't every day when someone goes out there and starts 'keeling dead people'!

I would say that I was hoping for some good response. Frankly, you never know when would a film get made or whether it would come out as envisaged. While working on it you do have an inkling that there would be good interest level generated. However to what distance would it go, one has to wait and watch. So far it has been encouraging to see a genuine response coming in.

Your co-stars, Vir Das and Anand Tiwari, seem to be quite excited about being a part of it. Guess for a crazy theme like this, you would have actually required a bunch of crazy actors to pull this one off, right?

See, casting was entirely the call taken by Raj and DK. I knew that Vir and Anand were the right kind of personalities to be a part of this zomcom affair. It all came together on the first day of the shoot itself. Even though we had never met each other in the past, we were soon feeding off each other's company.


Also, with Saif Ali Khan, Dinesh Vijan and Sunil Lulla coming together, who have to their credit Cocktail, Agent Vinod and Love Aaj Kal in the recent past, you must have been assured of the right pitching?

Of course. Luckily everyone associated with the film has done it for the love of it and not by thinking that how would it help them in a long run. A film like this needed like minded people to come together. See, I was slightly nervous as I had never played a character like this. Fortunately for me, my directors were there for me at every step. I trusted them really enjoyed working with them.

I hear that the character you play, Hardik, is indeed twisted.

Well, he is fun (smiles). Also, I am exact opposite of what Hardik is on screen. Uski harkatein kuch alag hi hai, main aisa soch bhi nahi sakta jo woh karta hai. He is not what a hero would be. He is pretty characterless, though loveable.