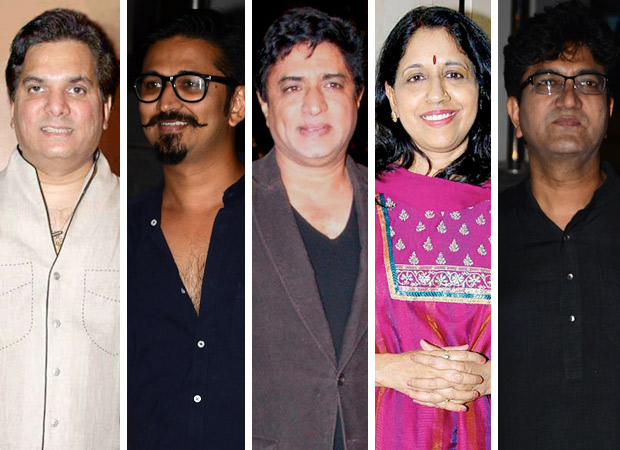 With actors increasingly taking to singing and there being hardly any lip-sync songs anyway, is it the end of the road for playback singing as we know and hear it in our cinema? Musicians tell Subhash K Jha

Lalit Pandit: “Actors have always been fascinated with singing and have always tried their hands at it usually with unsuccessful results previously, except for few who actually did sing without the vocal being tuned were, as I remember them, Amitabhji, Govinda, Aamir Khan (for the ‘Khandala’ song) Sanjay Dutt for Aye shivani in Khubsoorat. Amitji has sung some of the songs that he did sing very well, like Mera paas aao in Mr Natwarlal. In recent years since the voice is absolutely tunable, every other actor is trying her or his hand in singing and successfully. But singing is a very specialized art. There are a lot of factors and nuances involved in it and I think it should be left to the professionals who have dedicated their lives to achieve the perfection that is needed to deliver a composition.”

Amit Trivedi: “There is no problem in actors singing their own songs as long as they sing really well. No, lip sync songs are not extinct… Ae Dil Hai Mushkil is one of the biggest hits this year with almost all songs lip-synced.”

Anand Raj Anand: “Singers are also becoming actors so no harm if actors are singing also”

Kavita Krishnamoorthy: “Can’t surely say. But pitch-correction technology and auto-tuning and singing short phrases and word by word makes singing easy for people who haven’t had formal training or even non-singers.”

Prasoon Joshi: “Some of these things done in the name of music should be just called amusement not music. In my opinion, it's a transition phase there is no alternative to the great voices, great poetry and compositions, our audience knows the difference.”

Shantanu Moitra: “It's an all-time low for playback singing... but it's a passing phase.... directors who know how to direct songs as the narrative have become scarce, there lies the problem”

Baabul Supriyo: I had predicted it 7/8 years back with super-conviction. Shaan and other colleagues are all aware of it and ironically, compliment me today for seeing the bleak future and near-extinction of playback singing. SUR used to be ISHWAR once upon a time in Mumbai when divinity in singing existed in the form of Kishore/Rafi/Lata/Asha & other great singers till about 2005 after which mediocrity, aided with software like Antares & Melodyne, set in to finally destroy the indispensability of 'Good' singers… In a talk show with Late Rituparno Ghosh called 'Ghosh & Company', I was ridiculed by him when I suggested all of this… I had also told them that, not only vocals, but animation is going to grow equally big if not bigger as animated characters would be capturing market very much like films with actual actors... The success of AVATAR proved my prediction (or fear) correct too… People cried to animated & computer generated emotions & facial expressions. With the exception of Arijit Singh & a few others, unfortunately today, good singing is not a prerequisite to success as a singer in films.”

Sajid-Wajid: I feel it's a great move. Every actor should learn to sing their own songs as it'll increase their interest in the overall aspects of music. Nowadays films and filmmaking have changed so there is no lip sync. But I don't think playback singing will end if actors are singing.”