Priyanka Chopra has been keeping busy in the West. The actress recently began shooting for her Netflix movie, We Can Be Heroes. She is also supporting her husband Nick Jonas during his Happiness Begins World Tour. Just a day ago, Jonas Brothers performed at MGM ground and have two sold out shows in New York. 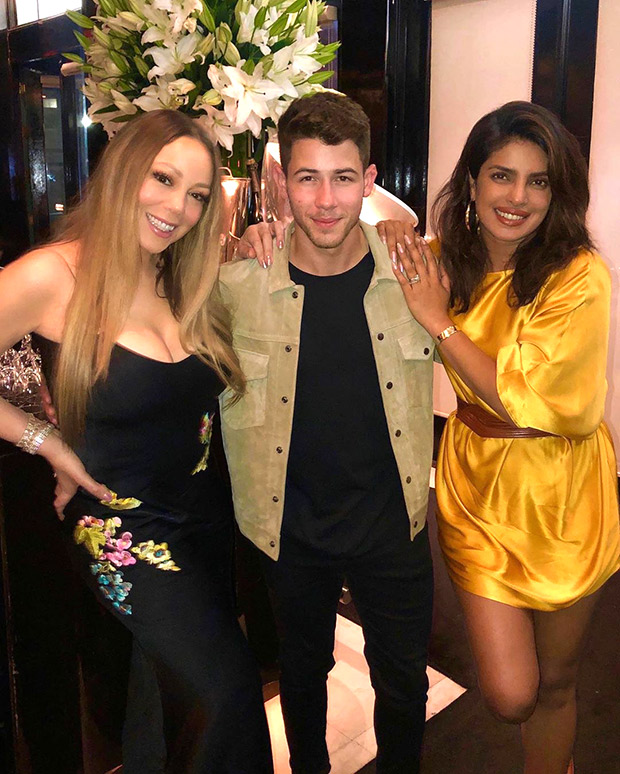 Amid their tour, they attended a party where Nick Jonas and Priyanka Chopra met music legend Mariah Carey. It is known that Mariah has been Nick’s most favourite artist of all time. The pop icon shared a photo with the power couple and joked, “Starting a band… Lol.” In the photo, Carey is seen a black dress with embroidery on the hip whereas Priyanka is keeping up with the summer colours and wore a satin yellow dress with a brown belt around her waist. Nick Jonas looked handsome in a black t-shirt, jacket and suede boots.

Priyanka Chopra, on the work front, will be next seen in The Sky Is Pink starring alongside Farhan Akhtar and Zaira Wasim. Directed by Shonali Bose, the film is set to release on October 11, 2019.

ALSO READ: Priyanka Chopra to launch her makeup line in 2020?