With his films and signature flair, Bollywood superstar Salman Khan has a tremendous fan base. The actor is also a fitness fanatic who, at the age of 55, has managed to stay in great shape. Many fans, including members of the Indian cricket team, adore his signature walking manner. Shera, Salman's long-time bodyguard and associate, recently uploaded a video of Indian national cricket team players emulating the superstar, including Rohit Sharma and Kedar Jadhav. What's more intriguing is that the footage was shot by former captain MS Dhoni. 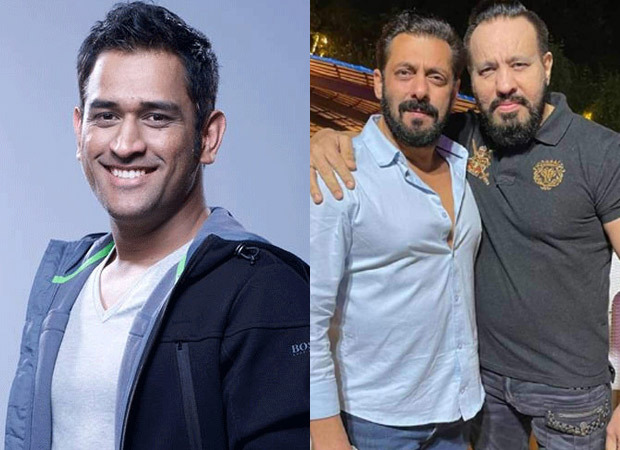 Jadhav is seen copying Salman in the video, while Sharma is seen imitating Sheraa. While Sharma as Shera pushes a person out of the way, Jadhav can be seen going through a hallway in Salman's style.“Kedar Jadhav as Salman Khan, Rohit Sharma as Bodyguard Shera. by MS Dhoni" was written on the video. Shera captioned the video, “Can’t stop laughing."

Shera and Salman have been collaborating for a long time. On his Instagram, he frequently posts photos with the actor. One of their photos went viral since they were both wearing turbans.

On Salman’s birthday, he also penned a sweet note, which read, “Happy Birthday to the man, who means world to me………. My Maalik @beingsalmankhan."

Salman will host Bigg Boss 15 in the near future. With brother-in-law Aayush Sharma, he will next be seen in Mahesh Manjrekar's Antim: The Final Truth. He's also working on Sajid Nadiadwala's Kabhi Eid Kabhi Diwali.