He was never the academic kind and did not show any signs of being a perfectionist in his studies and preferred to learn the basics of filmmaking from his renowned uncle Nasir Husain, his father, Tahir Husain and much later his cousin, Mansoor Khan. He was known for his sense of keen observation and pointing out flaws in even his seniors and those working with them, so what if it was Sanjeev Kumar, Dharmendra, Asha Parekh or Zeenat Aman and little said about his relationship with others the better. 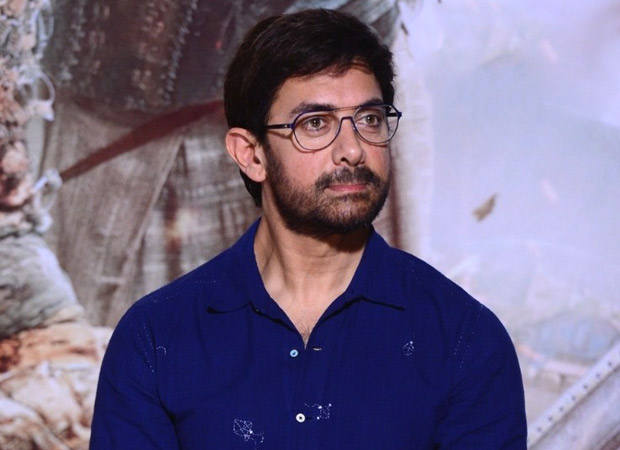 It was his uncle Nasir Husain who first thought of casting him as a child artist in his multi-starrer, Yaadon Ki Baaraat. He was to play the youngest of the three brothers who join their parents in singing the song, "yaadon ki baaraat nikli hai aaj dil ke dwaar se". The little master was to play a toy guitar during the song and his uncle and the entire unit was taken by complete surprise when he refused to shoot unless his fingers matched the tune in the song and it was only when he was satisfied that an entire unit of hundreds of people were relieved...

More than twenty years later, Aamir Khan who was a major young star now was shooting for a multi-starrer called Parampara directed by Yash Chopra who was paid the highest price any director was paid till then. A party song in which the entire star cast was to participate was being picturised at Mehboob Studio. It was now the piano that became a problem. Even a filmmaker like Yash Chopra did not pay any great attention to the way the actors played the various instruments, but the complete shooting came to a standstill when it was time for Aamir to move his fingers on the keys of the piano. The stars and the crowd kept waiting for the perfectionist to get his movements right and by the time he said he was ready, it was time for pack up for the day and Yash Chopra had a good pull at his long grey hair and said, "naak mein dam kar diya iss launde ne. Kasam se maine bade bade stars ke saath kaam kiya hai, lekin aisa paagal nahi dekha. Ho sakega toh main toh aise perfectionist ke saath aage kaam nahi karoonga..."

It was around the same time that the perfectionist in the making was shooting two films with Mahesh Bhatt, Dil Hai Ke Manta Nahin (a blatant copy of the Hollywood film, Roman Holiday) and another film which was also a copy called Hum Hain Rahi Pyaar Ke. The perfectionist gradually realised that Mahesh Bhatt the director was either drunk or was nursing a bad hangover and his mind was not in his work, especially when a dance or scenes with children were to be picturised and the perfectionist did not think twice before asking Bhatt to go home and relax and took over the shooting of the rest of the film and Mahesh Bhatt could not say a word...

He was now a star and was shooting for a film called Ghulam in which Rani Mukherjee made a striking come back after two miserable flops, especially with the song, "Aati Kya Khandala". The highlight of the film however was the train sequence in which Aamir Khan was to run across a speeding train and the unit warned him not to take a risk, but he was Aamir Khan and the industry now knew him as the perfectionist who would not mind taking any risks if they made an impact on the film. Aamir did the scenes and missed sure death by a whisker and the scene not only became a highlight of the film, but a highlight in the history of action sequences and a landmark in the career of the Khan who now for the first time was openly being called "Mr. Perfectionist"...

The first phase of his career consisted of the usual kind of romantic films, but he was damn serious even when he had to do the most silly scenes with Madhuri Dixit in a film like Dil and he followed the same pattern of bringing perfection into every scene in all the films till he entered the second phase of his career with serious films like Sarfarosh with Naseerudddin Shah as his arch rival and the new Mr. Perfectionist made it a point to see that the master actor, Naseer did not take away the limelight from him in any scene. 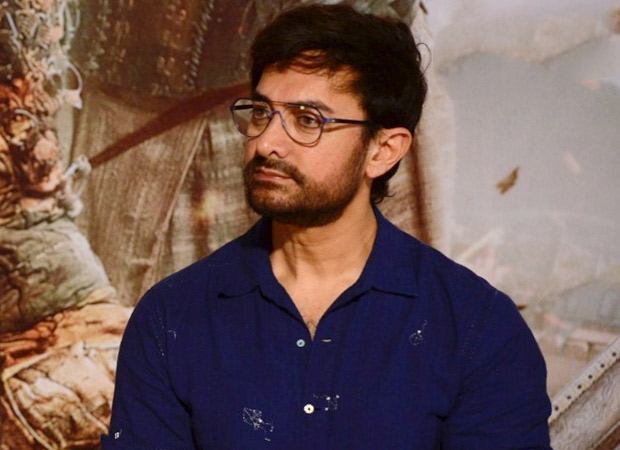 It was at this stage of his growing career that he had his first panga with private awards. He was told about his winning an award for the best actor for one of his films and when the category of awards was announced, his name was nowhere. To be heard about. The award had gone to a senior Khan who is said to have paid a price for the award. That was the last time Aamir accepted any private award and also made it his unwritten rule that not only would he accept awards, but he would not allow anyone else to accept awards on his behalf. It was in this connection that he is said to have given a tongue lashing to the veteran lyricist Javed Akhtar for accepting one of his awards and is supposed to have thrashed his brother, Faisal Khan for committing the same crime. He made it clear that he was only open to National or International Awards but organisers and juries kept declaring him the winner and a precious award went waste but he did not care. He would not change his rule. At a recent function to felicitate him for working on the Paani Foundation and doing more than what several governments of Maharashtra had not done in fifty-eight years, his friend and admirer, Raj Thackeray who openly admitted that he was a great fan of his mitr (friend), "Aamir bhai" and told the audience that he was aware of his not accepting awards, but pleaded with Aamir to accept the Ramon Magsaysay Award which he said Aamir would surely win for the Yeoman service he has been doing for the farmers of Maharashtra and among those who agreed with Raj and applauded Aamir were the present Chief Minister, Devendra Fadnavis and all the previous Chief Ministers who were still alive.

Aamir the Mr. Perfectionist entered his most crucial phase of doing films like Lagaan and Taare Zameen Par. He literally took over the direction of both films from his best friends, Amole Gupte and Ashutosh Gowarikar. Amole's only fault was that he could not handle the child artist Darsheel Safary suffering from a rare ailment and he was not getting the feel he wanted of the time needed to be captured in Lagaan by Ashutosh. Mr. Perfectionist put everything, every little scene in order and that was what made Lagaan the classic it became. One can never forget how he wanted only the late A. K Hangal for a particular scene and he went out of his way to get an ailing Hangal flown down to the location in a flight where there was only one passenger and that was Hangal who was perhaps doing the last scene of his life and said he had never been treated so royally by any other unit. He died a few months later. And even on his death bed, he kept talking about the days he shot for Lagaan.

Perfection had now become an intrinsic part of Aamir's life as a complete filmmaker and he relentlessly proved it with films like Mangal Pandey, Rang De Basanti, Faana and other films which marked him out in a class by himself.

But the glorious era of Mr. Perfectionist consisted of one outstanding film after another, what with films like 3 Idiots, PK and Dangal. He proved his perfection to excel in each of these films, but not as much as he did in Dangal. He put on weight once to look like a wrestler and then lost all that weight to look like a normal hero. Some doctors said it was a very risky decision but Aamir being Aamir had just to do it to be perfect. Every performance of Mr. Perfectionist was worth a string of awards, but for him it was the way these films reached an International audience that really mattered. These films broke new records and established Hindi films and Aamir as a major Indian star in China, Japan, Taiwan and almost all the North Eastern countries of the world. Mr. Perfectionist had created a world of his own and audiences were willing to accept him as the king of their hearts which ever country, race or community or religion they belonged to. Aamir had finally reached his goal, or had he?

The man who has fought a one-man valiant one-man battle to reach where he has today, has now reached the cross roads of his illustrious career. The perfectionist who has never shied or been scared away by challenges now faces the biggest challenge of his life and career. At a time when the perfectionist among perfectionists, Amitabh Bachchan is matching talent with Aamir who is almost a quarter of a century younger than him, the Mr. Perfectionist of the new generation has taken up a challenge he should have actually taken up twenty-five years ago, but you can never know how two perfectionists of two generations can set the stormiest sea on fire. Beware of these "thugs" who are master perfectionists in disguise and don't tell me I didn't warn you.

Also Read: “Vashmalle is a dream song for me!” – Aamir Khan on dancing with Amitabh Bachchan in Thugs Of Hindostan