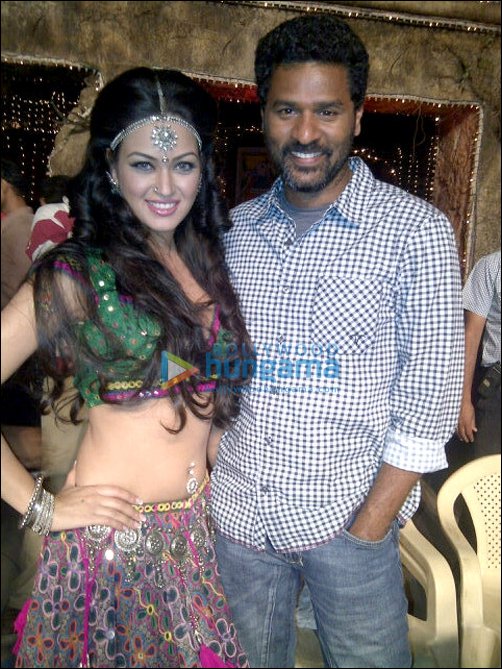 For those who felt that, in the flick Agent Vinod, Kareena's thunder was stolen by the Iranian-Swedish actress and model Maryam Zakaria in the mujra song, wellâ€¦expect more such thunderous moves from her, in the Akshay Kumar-Sonakshi starrer Rowdy Rathore.

By now, it's out in the open that Maryam is a part of the three girl gang, viz., Maryam- Mumait Khan and Shakti, who dance their ways in a sizzling-hot item number in the film. The song has been choreographed by none other than director Prabhu Deva himself.

The adjoining pic was tweeted by Maryam Zakaria, which was taken on the sets of the film.