Debuting with the historic drama Samrat Prithviraj, Manushi Chhillar, who made the country proud by winning the crown of being Miss World in 2017, will be sharing the screen with Akshay Kumar. The novice actor, who came to promote her new film on The Kapil Sharma Show along with co-actor Akshay Kumar and director Dr. Chandraprakash Dwivedi, spoke about her special connection with her co-star and how she did not mind waking up early to shoot for the film. 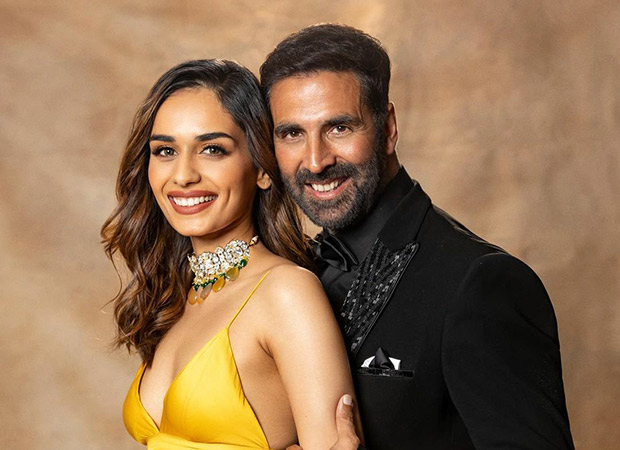 Said the model turned actress, "I think I have a special connection with sir (Akshay Kumar) because this is my first time on the Kapil Sharma Show and before this, I did another television show, some 3 and 1/2 or 4 years ago which coincidentally was also with sir!"

Talking about how she believes in signs and destiny Manushi said, "I believe in signs a lot and I think that there is a little bit of destiny also in life because I was not at all inclined towards working in films when I was in college. I had a public speaking coach, and we were once doing an exercise where he was asking me questions like, "what is your 5-year plan or one-year plan?" and stuff. He wrote in my diary, "why college? you will sign a film with Yash Raj!" Then one year later when I signed Prithviraj, I called him and said, "sir its actually happened! Please continue to write good things about me."

Host Kapil Sharma also asked the actress if she liked waking up early like her co-actor, to which Manushi replied, "I am from a medical college and so I anyway wake up early. I was thus, very happy that I am working with sir. Also, we had to shoot in the daylight and so obviously we had to start our day early and end early."