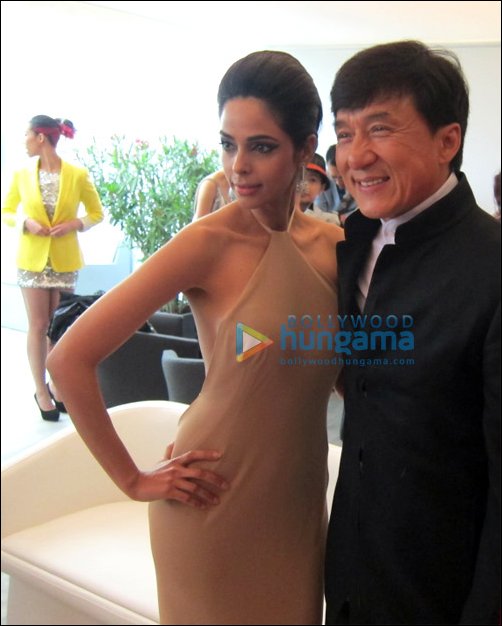 Mallika Sherawat, who is making her fourth appearance at the Cannes Film Festival this year, caught up with her The Myth co-star Jackie Chan at the ongoing film festival.

She tweeted, "Met my old friend Jackie Chan, was great to catch up with him, Will post pics soon."

Incidentally Mallika made her first appearance at the Cannes Film Festival along with Jackie Chan, in 2005, to promote their film The Myth.

Mallika was seen wearing a nude gown with a dangerously low back, designed by Paris-based designer Ali Madhavi.