Actress Disha Patani will be next starring in Mohit’s Suri’s directorial Malang. The film also stars Aditya Roy Kapur, Anil Kapoor, and Kunal Kemmu in leading roles. The shooting began in Goa earlier this year. Just a day ago, the director and the actress spent some quality time with Merchant Navy students. 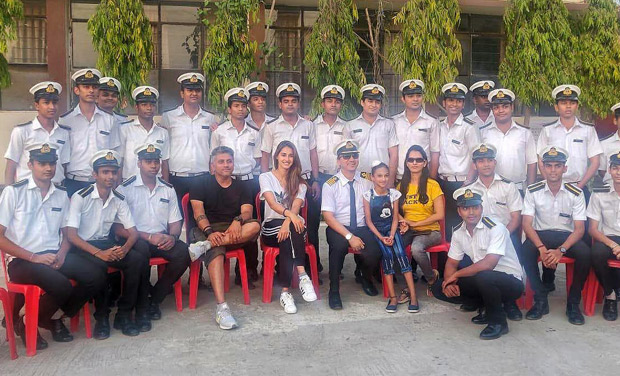 Disha Patani and Mohit Suri got some time off their busy schedule and to spend quality time with Merchant Navy students. They even took a picture with them. Disha was dressed casually and was all smiles as they came together for a group shot.