Disha Patani and Aditya Roy Kapur will next be seen in Mohit Suri’s Malang. The team is already off to shooting in Goa, and will soon head to Mauritius for the second schedule. The plot of the movie is based in Goa and the makers are planning to recreate the magic of this tourist spot in Mauritius for logistical reasons. Disha Patani recently took to her Instagram to share a picture from behind-the-scenes of the shoot. 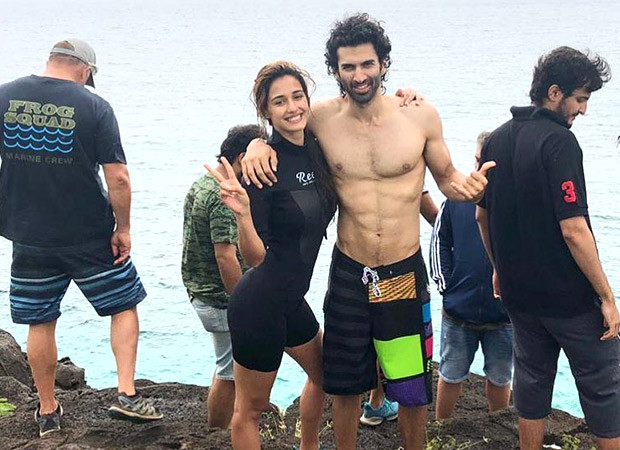 The leads are seen striking a pose at the edge of a cliff and we’re kind of expecting them to do a cliff-dice or go scuba diving in the film. Aditya Roy Kapur also took to his Instagram to share a picture of him staring into the oblivion on a yatch. The fans are thrilled to see this fresh pairing and can’t wait to see them slay the silver screens. It was only recently that the film’s star cast was announced, it includes Anil Kapoor and Kunal Khemmu in pivotal roles. Aditya Roy Kapur is also said to undergo some major physical changes as he is training for Kalaripayattu.

Take a look at the pictures they shared.

Training for something special #malang????

Slated to release on 14th February, 2020, Malang will mark the reunion of the Aashiqui 2 director and actor. The movie is a revenge thriller and will have major aerial shots taken in Goa while the others will be done in Mauritius due to the fact that Goa is a busy place during this time of the year.